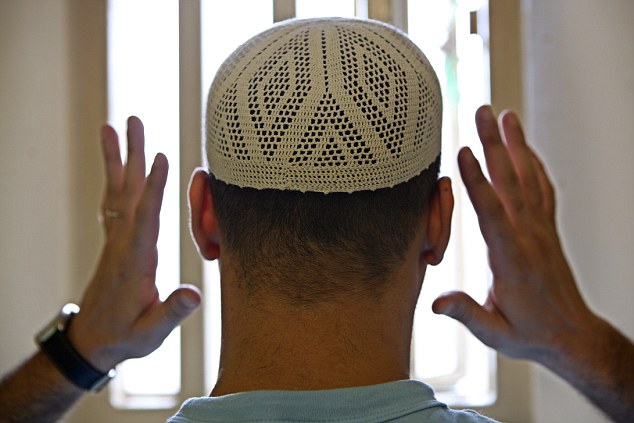 A Muslim prisoner prays in his cell at Wandsworth prison. HMP Wandsworth in South West London was built in 1851 and is one of the largest prisons in Western Europe. It has a capacity of 1456 prisoners. 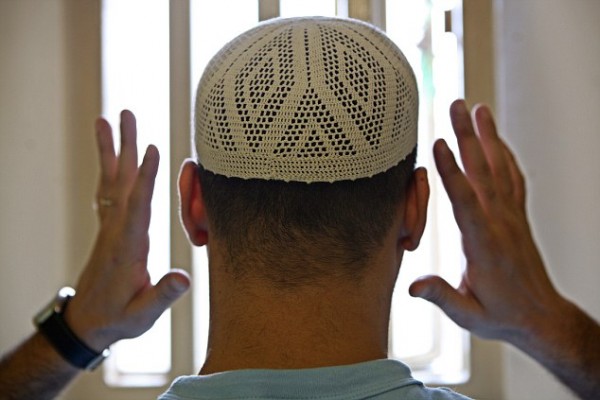 Muslim chaplains working in prisons should be given an expanded role as part of a new five-point plan to prevent the spread of extremism among inmates, the Government’s jails watchdog has said.

Nick Hardwick, chief inspector of prisons, said clerics were already performing an effective role in some jails but needed greater support to prevent “a vacuum for self-appointed leaders” emerging to fuel extremism.

Mr Hardwick’s comments follow a call from Prime Minister David Cameron this week for a “total rethink” of how extremism in prisons is tackled.

Ministry of Justice figures published this year showed that there were 178 extremists, including 104 Muslims, serving sentences for terrorism-related offences. That figure appears certain to grow in response to the surge in arrests and convictions prompted by the conflict in Syria and the impact of Islamic State propaganda.

Mr Hardwick, speaking at a London conference on tackling prison radicalisation, said five key elements were needed to combat extremism, starting with improved security to combat criminal activity in prison and enhanced action to tackle bullying and other intolerant behaviour. Good citizenship should also be promoted in prison education classes and during work that inmates performed to help “the running” of the jail.

A new drive to ensure that Muslim prisoners did not suffer any discrimination was similarly needed. The final element of the plan was an expansion of the role of “effective” Muslim chaplains who work to challenge extremist interpretations of Islam and guide inmates away from violence.

Mr Hardwick emphasised that it was important to distinguish between inmates whose devout behaviour could “reduce the likelihood of future offending” and those with “extremist attitudes and behaviour” who were “seeking to radicalise others”.

He said some gang members in prisons might also be “hiding behind an assumed Muslim identity that may not last 10 minutes” after their release.

But he warned the battle to prevent extremism spreading behind bars was likely to fail without reforms to improve the overall prison standards. “Attempts to radicalise will be less successful in a prison where prisoners are and feel safe, where their human dignity is respected whatever their background or faith, where they are engaged in productive activity and where they have real hope they can build a new life with their families after release,” he said.

“We need to see combating radicalisation as a wider part of prison reform. What we have to do now is bring all prisons up to the standard of the best.”

Mr Hardwick’s comments today follow a warning last week in his annual report as Chief Inspector of Prisons that jail conditions in the country are at their worst for a decade.