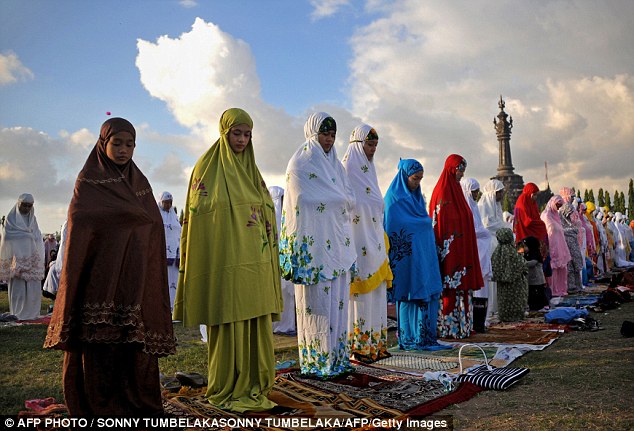 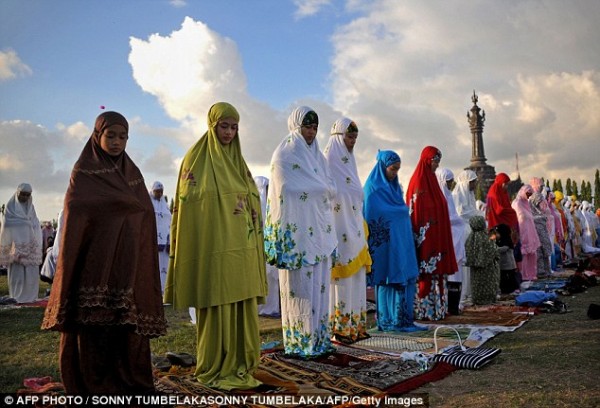 In countries in the Middle East where Islam is predominant, Muslims are accustomed—or sometimes even imposed—to wear traditional and religious attire.

It is common for women to be fully clothed from head to toe with the abaya, a cloak that covers their clothes, matched with niqab or burka on their head. Both veils, the niqab covers the head, face and neck except for the eyes, while the burka covers the entire face with a mesh for vision. Those who are less conservative prefer to don the hijab, a scarf that covers only the head but fully exposes the face.

The case is the same for men who also dress heavily in clothing like the thobe, an ankle-length long robe tailored like a shirt; or the bisht, a dressier cloak that can be worn over the thobe. Muslim men also wear the ghutra or egal, their traditional headdresses.

Although attires for men and women differ in silhouette, their colors are often the same—either black or white. If they do wear other colors, shades are toned down, while fabrics remain plain to keep the modesty of clothes.

It is at this point where Muslim clothing in Southeast Asia (SEA) differs. Despite the fact that religious customs and beliefs in dressing remain the same—the Koran calls for both men and women to “cover and be modest”—Southeast Asian Muslims manage to be more colorful and vibrant.

In the region, Islamic countries have indigenous and handwoven textiles, which are then incorporated to traditional Muslim attires. These include the ikat made from a resist dyeing process on the warp or weft fibers to form unique patterns; batik from wax-resist dyeing applied to the whole cloth; songket, hand-woven in silk or cotton, and intricately patterned with gold or silver threads; and hand-painted silk among many others.

Indonesia, one of the three major Islamic countries in the region along with Malaysia and Brunei, has taken the lead in modernizing Muslim fashion.

A report titled “Indonesia Aims to be Islamic Fashion Powerhouse” by The Wall Street Journal-Asia Edition (October 15, 2012) stated: “A new breed of designers is seeking to blend Islamic modesty with cutting-edge style to turn Indonesia into a global center of Islamic fashion. The idea may seem like a bad fit for some fashion mavens, who when thinking of Islamic fashion usually picture drab black or white cloths used to cloak female beauty rather than celebrate it.

“But the Islamic-fashion industry has taken off in recent years as designers look for ways to incorporate the bold colors and rich textile traditions prevalent in some Islamic societies while still maintaining sufficient modesty to adhere to Muslim mores,” the article added.

The website www.aseantourism.travel also noted the developing fashion sense in Islamic countries in SEA with the article “Dressing Up Southeast Asia” (November 7, 2013).

In reference to Indonesia, the website wrote: “Colors and patterns ranged from light pastels to earth tones brightened by lime green turbans and printed jackets, as designers push the envelope to create more attractive clothing that is suitable for the religion. Currently women in the world’s most populous Islamic country wear bright headscarves with brand-name jeans and long-sleeved shirts.”

The same was reported for Malaysia, where the majority of the population is also Muslim. “Malaysia’s population is mostly Islamic, and successful designers tend to stay within the religious boundaries, while mixing classic fabrication with modern cuts and styles.”

In Southeast Asia, there are also large Muslim communities in the member nations Thailand, Singapore, Burma, Laos, Cambodia, Vietnam and the Philippines.