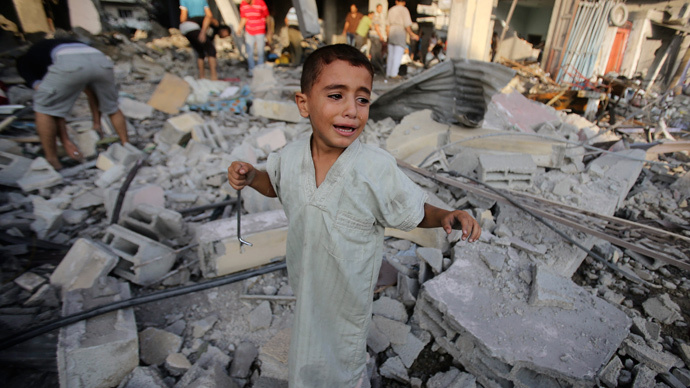 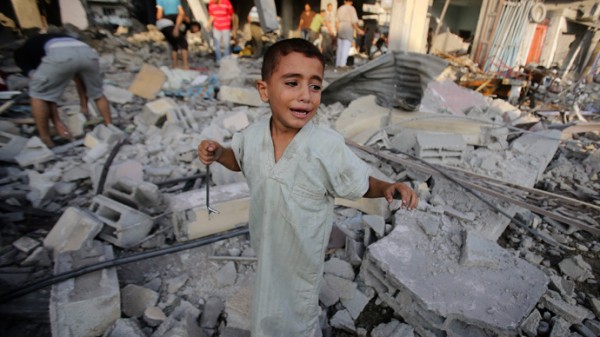 A day after the UN slammed Israel for failure to “revise its practice of airstrikes” against Palestinian civilians during Operation Protective Edge, Tel Aviv revoked slots at the civil rights groups which, it said, acted against the IDF in the UN.

The report, which was compiled by an independent UN commission of inquiry appointed by the UN Human Rights Council, heavily relied on testimony from leftwing Israeli NGOs, including B’Tselem and the Association for Civil Rights in Israel (ACRI).

Minister of Agriculture and Rural Development Uri Ariel, who is also in charge of the Authority for National Civic Service, ordered to cancel all national service programs for NGOs after the report came under fire in the Knesset, local media reported. B’Tselem was cited 72 and ACRI four times throughout the report. Both organizations currently receive National Service volunteers.

“The whole essence of national service is service for the State of Israel and its citizens,” Ariel said on Tuesday, the Jerusalem Post reported. “I will not allow under any circumstances a delusional reality in which Israel finances slots for young people who will act against its soldiers,” he added.

We will not fund organizations like these no matter what legal acrobatics were done until now to make this bug kosher,” Ariel stated.

It’s not the first time that B’Tselem has been heavily criticized for its activities. Last year National-Civilian Service Authority Director-General Sar-Shalom Djerbi attempted to revoke its national service slots, claiming its activity is aimed “against the State of Israel and IDF soldiers in Israel and around the world.”

Meanwhile, the UN report, published on Tuesday, accused both Israel and Palestinian armed groups of possible war crimes during the 2014 Gaza conflict, calling the devastation “unprecedented.” Israeli Prime Minister Benjamin Netanyahu fired back, saying “The report is biased. The commission that wrote it is under a committee that does everything but protect human rights.”

According to B’Tselem, Netanyahu’s “blanket rejection of the findings” is “hardly surprising.”

“The report holds him and other top military and government officials in Israel responsible for the horrifying, massive harm caused to civilians in Gaza in Operation Protective Edge,” the civil rights group stated. “The commission’s recommendation that the International Criminal Court in The Hague investigate possible breaches of the laws of war by Hamas and by Israel is primarily aimed at the leadership, both in Gaza and in Israel, and not at the troops themselves.”

The UN commission determined that 1,462 Palestinian civilians were killed the Israel Defense Forces (IDF) during Operation Protective Edge, one-third of whom were children. That figure is significantly lower than previous estimates made by health officials, which reported more than 2,100 Palestinian deaths. The report also noted that hundreds of Palestinian civilians, particularly women and children, were killed in their own homes during Israeli airstrikes. According to the commission, 142 families lost three or more members in strikes on residential buildings. Those strikes killed a total of 742 civilians.

“While the operation was still underway, B’Tselem cautioned against the policy of targeting homes once the horrifying consequences for civilians became apparent. Although senior government and military officials were well aware of the expected outcome, they ordered that the lethal policy continue,” B’Tselem noted.

According to the commission’s chairwoman, New York judge Mary McGowan Davis, “the extent of the devastation and human suffering in Gaza was unprecedented and will impact generations to come.”

The report also accused Palestinian militants of possible war crimes, stating that armed groups fired 4,881 rockets and 1,753 mortars towards Israel. Six civilians were killed in the attacks on Israel, and at least 1,600 others were reported injured.

Operation Protective Edge was launched in July 2014, after a spike in cross-border rocket attacks by Hamas. The Israeli response was 50 days of intense shelling, airstrikes and attacks by ground troops.

Israel’s Foreign Ministry argued on Monday that Tel Aviv had acted in accordance with international standards.

“In defending itself against attacks, Israel’s military acted according to the highest international standards,” the ministry said on Monday. It went on to say that the findings made no differentiation between Israel’s “moral behavior” and the actions of Palestinian “terror organizations” during the 50-day war. Israel released its own 277-page report earlier this month, stating that the Gaza offensive was “unfortunate yet lawful.”

“Unacceptably, the only official Israeli response to the commission’s grave findings has been to deny the allegations and pass the buck. Israel’s investigations of the operation to date have served solely to whitewash suspected wrongdoings, and most governmental efforts have been devoted to deflecting accusations and disseminating propaganda,” B’Tselem stated.