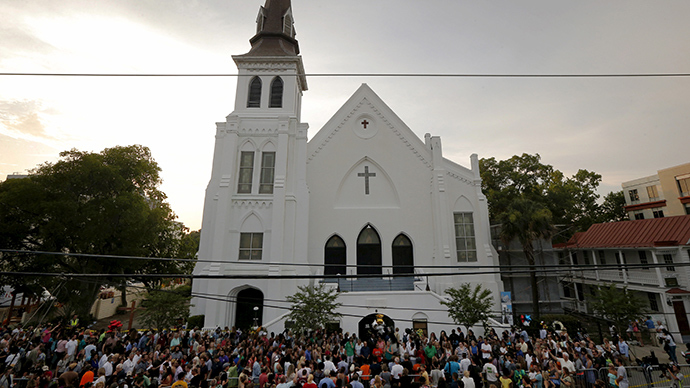 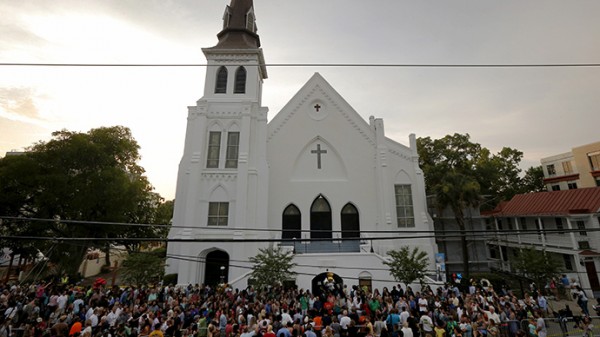 Professor Pete Simi, author of “American Swastika: Inside the White Power Movement’s Hidden Spaces of Hate,” told 48 Hours’ Crimesider that he thinks it was the latter.

“When we talk about terrorism the important things are ideological motivations – politics, religion – but equally as important is target selection,” says Simi, who teaches at the University of Nebraska at Omaha.

On 9/11, Simi points out, terrorists targeted the World Trade Center and the Pentagon, symbols of American capitalism and military might. In Charleston, the target was an historic African-American church, an institution that had a central role in fighting slavery.

And yet, when the FBI initially announced Thursday that they were entering the investigation of the massacre, they said that they were probing the case as a possible hate crime. That is, according to Professor Brent Smith of the University of Arkansas, their prerogative.

“The FBI has exclusive jurisdiction to investigate acts of terror in the U.S.,” said Smith, who is the director of the Terrorism Research Center at the University of Arkansas. “If the FBI labels it as terrorism, it is terrorism. If they don’t, it isn’t.”

On Friday afternoon, the FBI announced that the department is “looking at this crime from all angles, including as a hate crime and as an act of domestic terrorism.”

Roof has been charged with nine counts of murder by the state of South Carolina, which, according to Solicitor Duffie Stone of the state’s 19th Circuit, has no special designation for hate crime (it is one of the few states that does not) or domestic terror. Stone says that, if he is found guilty, during sentencing Roof will likely get extra time for the “statutory aggravating circumstances” of killing more than two people and killing people in a public place. So far, he has not been charged with any federal crimes.

According to the University of Nebraska’s Simi, the way we define terrorism – selecting a target based on ideology and motive, to terrorize a community – is very similar to how we describe a hate crime. But, he says, hate crimes – which are typically defined as a traditional crime plus bias – tend to be more spontaneous. They are often committed by younger people, people who are intoxicated, and those who can sometimes be described as thrill-seekers.

Terrorists, on the other hand, plan their attacks, as Roof allegedly did. Simi compared the Charleston murders with the 2012 massacre inside a Sikh Temple in Oak Creek, Wisconsin, and the shootings outside a Jewish Community Center and a retirement complex near Kansas City in 2014. All of these attacks were allegedly perpetrated by “lone wolf” shooters, and, at least in the case of Oak Creek and Kansas City, the perpetrators had long histories of affiliation with right-wing groups that espoused violent ideologies. Yet, they were not referred to as terrorist acts.

Simi thinks some of this has to do with the idea that terrorism – which he calls “a politicized issue” – is only committed by outsiders. And according to the University of Arkansas’ Smith, it can also have to do with popular perception of how the act was committed, including what weaponry was used. Timothy McVeigh was called a terrorist, in part, says Smith, because he used a bomb in his attack in Oklahoma City, and constructing a bomb is seen as requiring more pre-meditation than obtaining a firearm.

In addition, Simi points to “a complex web of laws and even more complex set of investigative procedures” regarding whether a criminal act can be considered “terrorism.” CBS News’ Paula Reid explains that it can be difficult to win a federal terrorism case, and prosecutors may find it easier to convict a perpetrator on charges of murder or having weapons of mass destruction.

So far, the Southern Poverty Law Center says that they have not found any connection between Roof and white supremacy groups. However, a friend of his reportedly told police that Roof hoped to start a “civil war” by killing black people, and one photograph depicts him wearing an apartheid-era South African flag patch.

Recent surveys have shown that, since 1990, the number of attacks perpetrated on American soil by those with far-right ideology dramatically exceeds those perpetrated by people inspired by Al Qaeda-style ideology. (Although, because of the mass casualties on 9/11, the number of victims of the latter category remains much higher.) And according to Professor Joshua Freilich of John Jay College of Criminal Justice, the most common primary motivation for right-wing attacks has been race.

Still, we seem to have a reluctance to call attacks perpetrated by white people (or, as Simi puts it, “All-American boy-next-door-looking types” – like Roof) terrorism, even if the perpetrators are connected to a larger ideology of violence and hate. Whereas when the two Muslim gunmen opened fire on a Draw Muhammad event in Texas last month there was no real discussion about whether the act was terrorism – it was just assumed it was.

“Many of these ‘non-jihadi’ incidents of violence are attributed to an isolated, deranged gunman without considering the larger context of extremist ideologies and movements such as neo-Nazism and white supremacy more broadly,” says Simi. “Interestingly, we don’t seem to suffer from this myopia when the perpetrator is Muslim.”