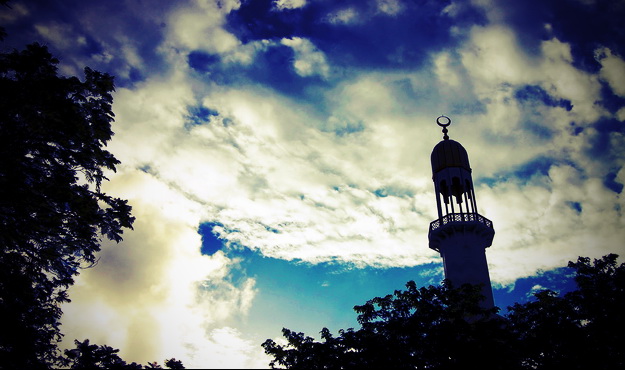 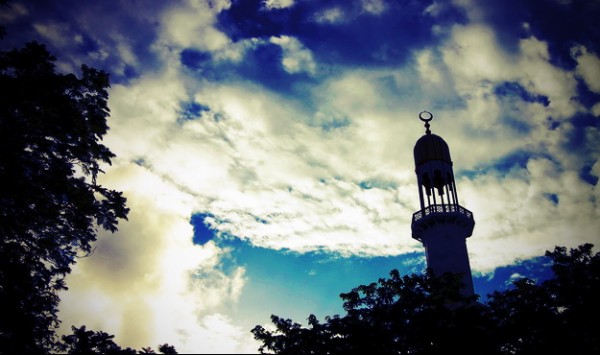 In our eagerness to ‘progress’ and ‘develop’ we have lost sight of the finite and delicate nature of planet Earth and of humanity’s place in it. Islamic teaching offers an opportunity to understand the natural order and to define human responsibility. It could be said that the limits of the human condition are set within four principals – Tawheed, Fitra, Mizan and Khalifa.

Tawheed is the fundamental statement of oneness of the Creator, from which everything else follows. It is the primordial testimony to the unity of all creation and to the interlocking grid of the natural order of which humanity is an intrinsic part. God says of himself in Qur’an:

Say; He is God, One, God,
The Everlasting Refuge

To Him belongs whatsoever is
in the heavens and the earth,
all obey his will
And it is He who originates creation …

The whole of creation – being the work of one Originator – works within one stable pattern, however complex it may be. Another verse in the Qur’an refers to the heavens and the Earth as extensions of God’s throne, thus conveying the idea that creation was designed to function as a whole. Each of its complimentary parts, including humankind, plays its own self-preserving role, and in so doing supports the rest.

The Fitra describes the primordial nature of creation itself and locates humankind in it. The Qur’an says:

So set thy face to the religion, a man of pure faith-
God’s original upon which He originated mankind.
There is no changing God’s creation .
That is the right religion;
but most men know it not-

God originated humankind within his Creation, which He also originated. Humanity is then inescapably subject to God’s immutable laws, as is the rest of creation. Creation cannot be changed: global warming can be seen, in this light, as the Earth’s endeavor to maintain a balance in the face of the human assault against it.

The Mizan is the principle of the middle path. In one of its most eloquent passages the Qur’an describes creation thus:

The All-Merciful has taught the Qur’an.
He created man
and He taught him the explanation.
The sun and the moon to a reckoning,
and the stars and the trees bow themselves;
and heaven – He raised it up and set the balance.
Transgress not in the balance,
and weigh with justice, and skimp not in the balance.
And earth – He set it down for all beings,
therein friuts and palm trees with sheaths,
and grain in the blade, and the fragrant herbs.
Of which your Lord’s bounties will you and you deny?

God has singled out humans and taught them reason – the capacity to understand. All creation has an order and a purpose. If the sun, the moon, the stars, the trees and the rest of creation did not conform to the natural laws – ‘bow themselves’ – it would be impossible for life to function on Earth. So we have a responsibility not to deny the ‘Lord’s bounties’ and actively to recognize the order that is around us, for ourselves, as much as for the rest of creation.

Khalifa – or the role of stewardship – is the sacred duty God has ascribed to the human race. There are many verses in the Qur’an that describe human duties and responsibilities, such as the following which aptly summarizes humanity’s role:

It is He who has appointed
You viceroys in the earth

Humankind has a special place in God’s scheme. We are more than friends of the Earth – we are its Guardians. Although we are equal partners with everything else in the natural world we have added responsibilities. We are decidedly not its lords and masters.

We may deduce from these four principles that creation although quite complex and yet finite, only works because each of its component parts does what is expected of it – in the language of the Qur’an, submits to the Creator. Humanity is inextricably part of this pattern. The role of humans – who uniquely have wills of their own and are thus capable of interfering with the pattern of creation – is of guardianship. This added responsibility imposes limits on their behaviour and should lead to conscious recognition of their own fragility. They achieve this by submitting themselves to the divine law.

Until quite recently the human race – both rebels and conformists, the ignorant and the enlightened, whether in small self-governing communities or vast empires, barbarian tribes or points of high civilization – functioned unconsciously within natural, unwritten boundaries. It had an intuitive disposition to live within the Fitra, though this was only achieved by conscious recognition of the existence of a superior force, the divine. This was an existential reality, neither idyllic nor utopian.

We are clearly no longer functioning within these limits. Two events in the 16th and 17th century Europe allowed the human species to break free of the natural patterning of which it had always been part. One was the appearance of the Cartesian world view, which propounded a dualism that separated mind and matter and allowed for development of science on purely mechanistic lines. Cartesian scepticism brushed aside the accumulated wisdom of the ages and sowed the seeds of doubt. From then on humanity began to worship itself: in Descartes’ own words humans were ‘lords and masters of creation’. They now had reason on their side to support them in their acts of predation.

This period also saw the laying of the foundations of the banking system to which we are all now in thrall. Bankers have, in Islamic terms, sabotaged the Mizan of creation by not only charging interest but by doing so on money which they create endlessly out of nothing. This explosion of artificial wealth provides the illusion of economic dynamism: but in reality it is parasitic. Endless credit devours the finite Fitra. If kept up, this would eventually result in the Earth looking like the surface of the moon.

People who lived in the pre-Cartesian dimension, that was before we were told that nature was there to be plundered, were basically no different from us. They had the same positive and negative human attributes, but the results of human profligacy were contained by the natural order of things, which transcended technological and political sophistication and even religious disposition. Excess in the natural order was contained because it was biodegradable. When old civilizations, however opulent, profligate, greedy, or brutal died, the forest just grew over them. They left no pollutants, damaging poisons or nuclear waste. By contrast, and assuming we survive as a species, archeologists excavating our present rampant civilization are going to have one or two problems …