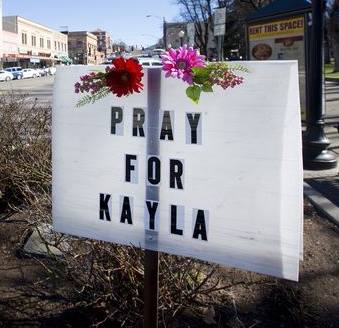 By: The Big Story

The Pentagon says American hostage Kayla Jean Mueller died at the hands of Islamic State and not in a Jordanian airstrike targeting the militant group.

Navy Rear Adm. John Kirby was asked Tuesday if there was any doubt who killed the aid worker.

He replied: “No doubt. ISIL,” using the initials the group is known by.

Kirby says U.S. officials still don’t know how Mueller died. But he added that officials are certain it was not in one of the airstrikes Jordan launched in retaliation for the killing of one of its pilots.

Mueller was taken hostage in August 2013 while leaving a hospital in Syria.

ISIS said she died in the airstrike.

Her identity had been kept secret until last week out of fear for her safety.