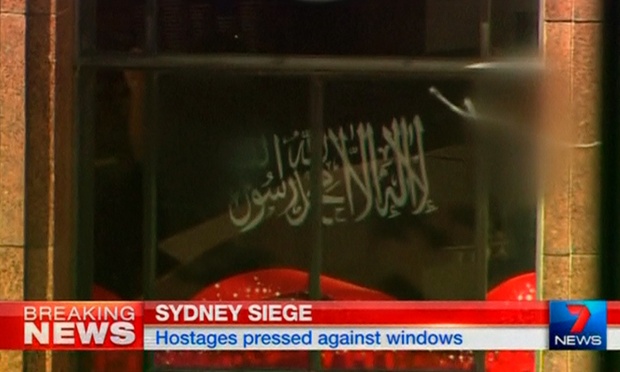 There is no deity but God and Muhammad is His messenger. This declaration of faith, known as the shahada, is what transformed gunman Man Haron Monis’ siege into a perceived act of terrorism. Although he had no links to IS, Monis knew that the only way he could instil fear in the global community was through the shahada.

Muslims all around the world watched with dread as they saw the shahada imprinted on a black flag and displayed for the world to see as Monis held innocent victims as hostage. But why are we letting criminals define the shahada?

The shahada is the first thing whispered into a newborn baby’s ear. It represents Islam’s deep commitment to monotheism. This simple declaration of faith is all one needs to say in order to convert into the religion of Islam. Muslims use the shahada as a form of remembrance (dhikr) to soften their hearts and ease their mind. The first part of the shahada “there is no deity” is used to end the call for prayer. It has also been translated as “there is no one worthy of worship” but really this negation is lost in translation. This negation provides Muslims with perspective by shifting the focus from the temporal to the eternal.

In a society where our lives are spent enhancing and protecting our individual identities through consumerism and countless self-help books, the shahada shifts the focus from “me” to “we”. In The Narcissism Epidemic, Jean Twenge and Keith Campbell conduct a research study into American culture, which finds that self-obsession is on the rise and is only contributing to our unhappiness. It is the narcissism epidemic that the shahada is trying to warn people against by reminding them that the purpose of our existence is not self-worship, but the worship of God. The shahada, as a form of remembrance, provides Muslims with a great deal of ease as they forget themselves and connect to God.

The shahada defines my purpose of existence. It teaches me that my inner values and actions are more important than my Pakistani heritage. Thus, life is not about strengthening my sense of self by claiming superiority over others, but about embodying values of love, justice and mercy.

Terrorism, the establishment of an Islamic caliphate, the backlash against Muslims, and the “I’ll ride with you campaign” are all topics that have been the subject of much political commentary since the Sydney siege took place.

As an Australian-Muslim, I feel misunderstood. I don’t want anyone to ride with me. I don’t want to defend myself for a crime I did not commit. I want to be able to share the passion and love I have for the shahada without feeling judged. A genuine understanding of Islam and the spiritual significance that the shahada has for Muslims has largely been ignored.

I want to stand up and say proudly “la ilaha illa-llah” (there is no one worthy of worship except Allah) because my sense of self is not defined by the superficial but a deeper connection with God who is eternal and always with me, near me and a part of me. “Muhammadun rasulu-llah” (Muhammad is his messenger) and he teaches me to serve others before myself, avoid prejudice and builds meaningful community ties. Please don’t ride with me, understand me.

Maria Bhatti is an Australian-Muslim lawyer and a PhD candidate at Monash University.