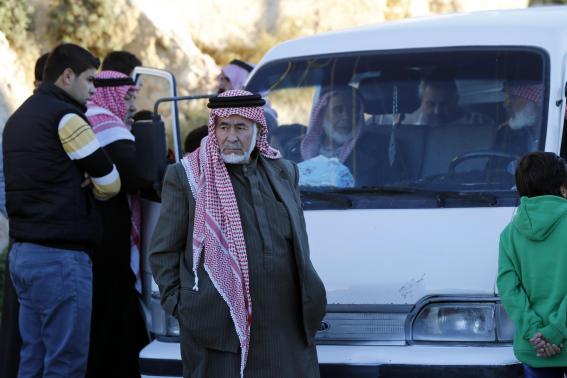 Jordan’s military has confirmed that one of its pilots was captured by the Islamic State of Iraq and the Levant (ISIL) group after his plane went down in Syria, official news agency Petra said.

“During a mission on Wednesday morning conducted by several Jordanian Air Force planes against hideouts of the Islamic State terrorist organisation in the Raqqa region, one of the planes went down and the pilot was taken hostage” by Islamic State, Petra quoted a source from the military’s general staff as saying.

The official did not say why the plane went down, but both the ISIL and a monitoring group said it had been shot with an anti-aircraft missile.

Mamoun Abu Nowar, a retired Jordanian Air Force General and Military Analyst, said that every Jordanian would be shocked by what had just happened.

Nowar said it was still not clear if the aircraft had a defect or if ISIL used one of its skilled Iraqi operators to shoot down the plane.

“I dont think it will change anything and the mission will carry on with the coalition, but I think the whole strategy will have to change if it is to make a bigger impact on the ground,” he said.

ISIL released photographs of the captured pilot and showed a military card identifying him as 26-year-old First Lieutenant Maaz al-Kassasbeh.

His father Youssef was quoted by Jordanian news website Saraya as saying the family had been informed by the air force of his capture.

He said he was told the military was “working to save his life” and that Jordan’s ruler, King Abdullah II, was following events.

“We have confirmed reports that IS members took a [non-Syrian] Arab pilot prisoner after shooting his plane down with an anti-aircraft missile near Raqqa city,” the UK-based Syrian Observatory for Human Rights said.

Several photographs were released, including one showing the pilot, wearing only a white shirt, being carried from a body of water by four men.

Another showed him on land, surrounded by about a dozen armed men.

ISIL members claimed to have shot down the warplane with a heat-seeking missile.