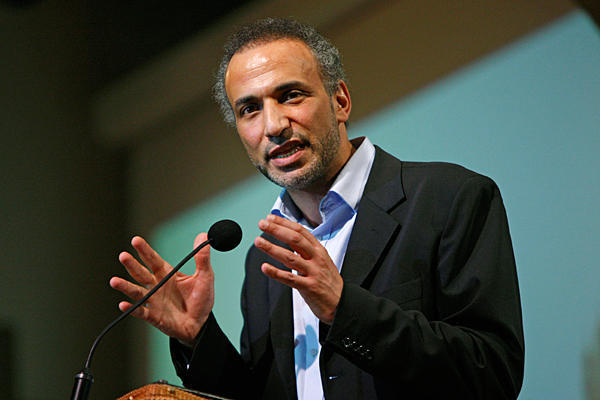 In recent years I have been a faithful participant in two major events of the North American Muslim calendar. As a regular attendee at these annual gatherings, I wish to express my warmest thanks to the institutions, and to the women and men who made them the success they undoubtedly were.

This year, however, I have decided not to attend or participate in the conferences organized by ISNA from August 29 to September 1 in Detroit, and by RIS, from December 26-28 2014, in Toronto. The reasons are different, but point to similar causes.

The leaders of ISNA can boast a proud record of service to American Muslims, for which they must be thanked and congratulated. The annual ISNA convention is an important gathering, featuring a multiplicity of participants and a broad cross-section of activities. In recent years, however, the political positions taken by the organization’s leadership have not always been clear-cut. Though it is essential, I believe, to remain open to dialogue with the authorities, it is likewise essential that positions of principle must be maintained, re-affirmed and defended. Not simply for the good of the Muslims, but in the name of the contribution of American Muslims to their society. Criticism of the domestic policy of the current administration, like those that preceded it, is a moral obligation. Summary arrests, arbitrary prison terms, inhuman psychological torture and solitary confinement, the shadowy role of informers and the deeply troubling and unacceptable methods used by the FBI, which has provoked young people to engage in extremist actions, must be unconditionally condemned. Not in the name of Islam, but in the name of the values proclaimed by the United States. However, the ISNA leadership is too often silent, as if paralyzed by fear. It fares no better with respect to American foreign policy. Its silence over American support for the outlaw and inhuman policies of Israel cannot be justified, even less so after attending an iftar organized by the White House during which President Obama defended Israel while the Israeli ambassador tweeted his delight! We cannot be forever silent: what kind of active and responsible citizenship does the ISNA leadership offer young American Muslims? What kind of example? That of silent, fearful sycophants–or of free, public-spirited citizens who, while defending the values of human dignity and justice, serve their country in the most sincere and critical way? That of the unconditional loyalty of the timorous, or the critical loyalty of free individuals? To attend the ISNA convention would be to endorse their silence.

Nor will I be attending RIS this year. The reasons are different, the causes similar. The organizers have long demonstrated their effectiveness; they wish to convey the impression of favoring a plurality of voices. But in fact, it is the so-called “Sufi” and “apolitical” trend that lies at the core of the RIS convention. I do not have the slightest problem with this trend (on the contrary), or its underlying structures and aims. The problem is that some of the participants, scholars or preachers, under the guise of Sufism or in the name of avoiding partisan politics, defend highly politicized positions of support for states and dictatorships. Their silence and their inferences in the heart of the West, in Toronto or elsewhere, constitute visible support for the Gulf petro-monarchies or for despots such as al-Sissi in Egypt. This while dictators from Syria to Iraq by way of Egypt are imprisoning, torturing and killing innocents by the thousands. They cast themselves as above the conflict, while the “Sufism” they offer is highly politicized and too well adjusted to the boots of the State. But I will have none of this. When some speakers boast in public of their openness but refuse to participate in panel discussions to avoid being exposed, openness goes by the board. When the same people support dictatorial governments, coherence flies out the window. I cannot, by my presence, lend implicit approval to such positions.

Spare me please any talk of my family background: I have sufficiently criticized the Islamist movements all of them, without exception and their choices that my approach cannot be reduced to anything resembling even implicit support. My position is that all dictators must be confronted, all injustices must be fought; we cannot be silent, or feign silence while supporting the worst regimes.

I have said it once and I will say it again: Western Muslims will in the future assume a critical role. Educated and living in free societies, they must acquire greater knowledge of their religion and become free, active and outspoken citizens, fully aware of their duties and dedicated to the defense of their rights. In the United States, just as in Canada and in Europe, they must defend everyone’s human dignity, and refuse to keep silent in the face of intimidation by the state. Drawing on their spirituality and their values, their commitment will be their finest contribution, the best possible example of the contribution of Muslim citizens to the future of the West. The leaders of the previous generation are too cautious, too fearful; they dare not speak freely.

I am also a member of a generation that is passing on. It is up to the new generation to produce leaders who have understood that in bending over backwards, in saying “Yes sir!” they sacrifice not only their dignity, but forget and betray their duty. I dream of a new feminine and masculine leadership, educated, free and bold, a leadership that does not confuse the concept of dialogue with the authorities with unacceptable compromise and intellectual surrender, a leadership that does not transform Sufism, the historical underpinning of so many liberation movements, into a school of silence and cowardly calculation. As I look around me, I see the first premises of a dream come true, alhamdulLilah.

I am well aware that the position I am taking will sound off sharp criticism; others may simply decide not to invite me. For years I have dealt with criticisms of my person, my training, my credibility. I have no time to waste with these low blows and refer readers to my résumé, which can be found on my website (http://tariqramadan.com/english/biography/).  These are the same individuals who attack my character to avoid responding to the content of my critical thought. I know their methods all too well, but I refuse to waste my time by answering their attacks, which are nothing but a manoeuvre to sidestep the true subject. It is impossible for me to attend such events when my presence alone would imply support for positions that stand in total contradiction to my vision of the role of Western Muslims in their society, now and in the future. I’ve said it once, I’ll say it again. It is imperative that we educate ourselves, and that we display good judgement and fortitude. If those around us are silent in the face of the unacceptable, the conscience of Muslims must not remain silent, neither in the name of wisdom betrayed, nor of Sufism perverted.