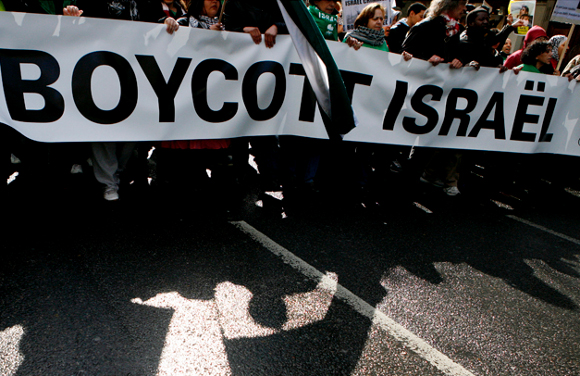 I started my life under Israeli siege and bombardment. Even as a child I remember wondering, while the smell of artillery shells filled the Beirut air in 1982 and we ran for our lives: “why is the world allowing this to happen?” On the face of Gaza’s children today I see another generation born to the same trauma, and to the same question. How can this be allowed to happen?

Gaza has been under Israeli siege for seven years. Fishermen are shot when they go out to sea. Trade is blocked. Travel is nearly impossible. Water is contaminated. Hospital supplies are lacking. The economy is kept in controlled collapse, just short of catastrophe. Israel is rationing everything that enters Gaza, from calories to world literature.

After 24 days of bombing, Israel still refuses a comprehensive ceasefire that meets the minimal, unified demand of all Palestinians – to let people lead normal lives. This is not a war, let alone one of self-defence, but a punitive expedition aimed at maintaining the siege and illegal military occupation. Civilians, hospitals and residential blocks bear the brunt of the attack because the only “military” aim of onslaught is to cower Palestinians into complete submission.

In July 2004, the international court of justice ruled that Israel’s wall and the associated regime in the occupied West Bank of settlements, land confiscation, segregated roads and movement restrictions is illegal under international law, and that governments have a legal duty to act. However, 10 years on, the international community still averts its gaze, failing to lift a finger to hold Israel to account. EU foreign ministers, even after they heard news of the massacre of Shuja’iya, demanded the disarmament only of Gaza. Yet it is Israel’s hi-tech arsenal, funded by US aid, generous EU research grants and the flourishing multibillion arms trade, that rains down horror on civilians.

Lip-service aside, western governments support the siege of Gaza, the building of settlements and therefore Israel’s periodic massacres. The impunity granted to Israel is completely at odds with the democratic will of the people, as the current international outpouring of solidarity with Gaza shows.

If governments refuse to act, then the vast international support that Israel enjoys must be tackled by international grassroots civil society, using the methods that isolated South Africa during apartheid.

Since its launch by Palestinian civil society in 2005, the boycott, divestment and sanctions (BDS) movement has won support from trade unions, political parties and grassroots movements, and from vast numbers of people all over the world expressing their ethical commitment by boycotting all Israeli products, not just those from the occupied territories. As a result, BDS pressure is now starting to have significant impacts.

Artists including Pink Floyd’s Roger Waters, Massive Attack and Faithless have refused to perform in Israel in response to calls for a cultural boycott. Public intellectuals such as Stephen Hawking, Alice Walker and Judith Butler have taken a similar stance. A major step was taken recently by a group of Nobel laureates and other public figures who published a letter in the Guardian calling on governments to immediately “implement a comprehensive and legally binding military embargo on Israel”.

Now the UK security firm G4S looks set to scale back its involvement in the Israeli prison system that holds Palestinian children without trial, following an international campaign that saw US churches and the Bill Gates Foundation divest from the company. John Lewis recently became the latest European retailer to stop trading with the Israeli firm SodaStream, whose share price has halved in a year. Leaders of Israel’s settler movement have bemoaned the fact that consumer boycotts mean they can no longer export to Europe. Israeli ministers describe BDS as a “strategic threat” to the status quo, and even the US now warns that Israel faces international isolation.

The attack on Gaza is not a war between two equal sides. It is an onslaught by a powerful military state, armed and supported by the west, against an impoverished, besieged and displaced people. The talk of governments is cheap. As long as talk is all there is, the life of our children remains even cheaper. We must step up our boycott, divestment and sanctions, campaigning internationally to end Israel’s impunity.