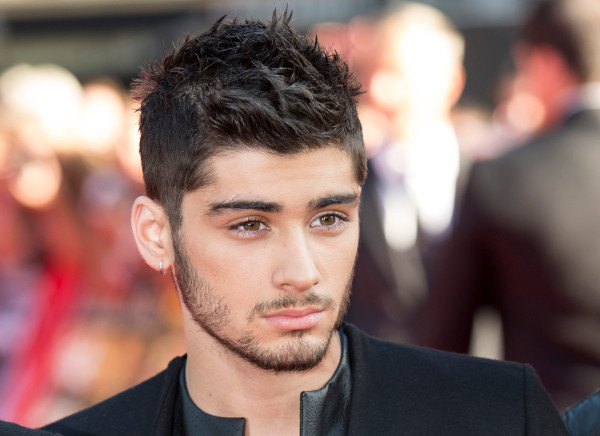 Zayn Malik probably thought about his tweet for a long time before firing it off to his 13 million followers.

It was just one hashtag of two words, the incendiary combination of #FreePalestine. Part lament and part rallying call, the hashtag has been trending for weeks

The popstar’s legion of followers are an engaged bunch. Even a simple smiley emoticon issued from his account clocks up 180,000 retweets.

So Malik must have known it was going to cause a stir.

While it’s different from his usual missives, which are focused on promoting his band, Malik’s #FreePalestine tweet has already been shared and favourited more than 170,000 times.

But it’s also earned the young singer rebukes, abuse and even death threats.

Thousands of Twitter users have responded, from those thrilled the issue was on Malik’s agenda, to devastated Israeli fans and furious, violent responses.

The death threats even came from former fans, such as this person who continued to tweet Malik and anyone supporting him for hours.

@zaynmalik Shut up rich kid All you care about is your money and just how I look today You reject us I can not believe you were my diol!

The current Gaza conflict has resulted in the deaths of more than 1,000 Palestinians and at least 40 Israelis.

It’s also caused a spike in online abuse and arguments. Several racist hashtags have been trending for days.

Many social media users are sharing graphic images of victims on both sides.

This fraught environment ensured the abuse and debate continued hours later, with many weighing users becoming embroiled in arguments. 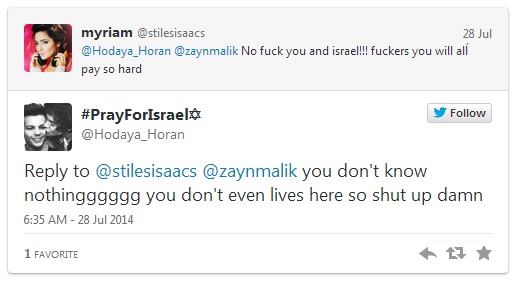 One fan who has tweeted the same request to delete the tweet, because he has fans in Israel, more than 80 times.

It appears Malik, who The Independent says was raised a muslim, is willing to weather the storm.

Unlike fellow pop superstar Rihanna who deleted a similar tweet within minutes, Malik has left his published for almost a day. 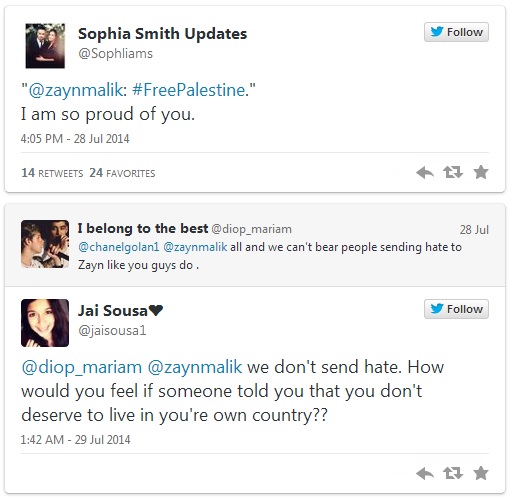 The United Nations continues to try and negotiate a sustainable ceasefire agreement.

Until then, many celebrities are wary of commenting on the issue.

The New York Knicks player shared an image of a Palestinian and Jewish child with their arms around each other, emblazoned with “Pray of Palestine”. Stoudemire, who has Jewish heritage and has recently applied for Israeli citizenship, has since deleted the post.