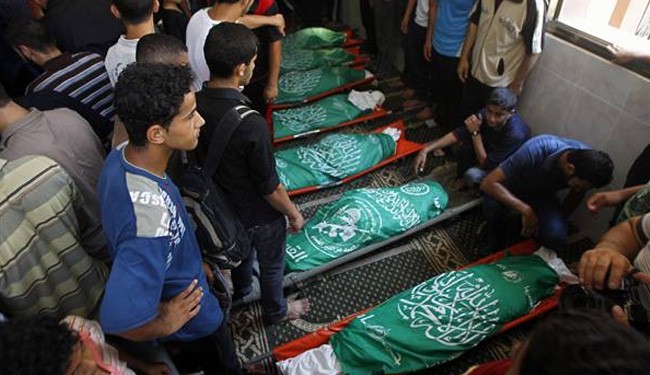 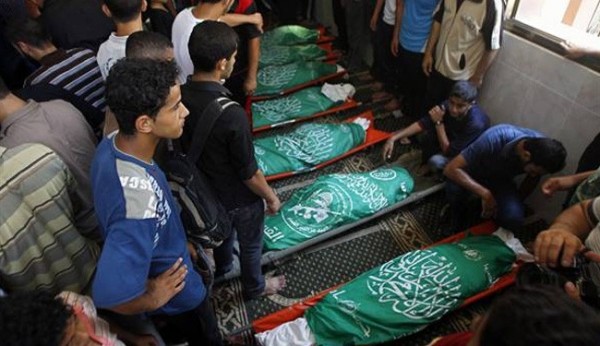 At least 103 people have been killed as Israel’s bombardment of the Gaza Strip enters its fourth day, with the latest attack killing five people in Rafah while rescuers were trying to free those trapped in the ruins of a building.

The air raid in Rafah on Friday came as Israel continued to bomb Gaza in what it says is an attempt to halt indiscriminate rocket fire by Hamas fighters.

Avichay Adraee, spokesman for the Israeli military, said it had hit more than 1,100 targets in Gaza since the beginning of the offensive and that “there are still hundreds to finish off”.

At least 700 Palestinians have been injured since the start of the Israeli attacks, according to the Palestinian Health Ministry.

A total of 10 Israelis have been injured by Palestinian fire since Israel began attacks on Gaza, with no deaths reported.

Eight people were injured when a Palestinian rocket hit a fuel tanker at a petrol station in Ashdod on Friday, the Israeli army said.

In an attack on Thursday, two soldiers were injured in a mortar bomb attack targeting the Eshkol regional council.

The army said on Friday its Iron Dome missile-defence system intercepted at least four rockets, believed to have been targeting the airport near Tel Aviv.

The clashes and exchange of rocket fire between Hamas and Israeli military has drawn strong reactions from leaders across the world.

On Friday, Navi Pillay, the UN’s human rights chief, expressed alarm at Israel’s military operations and the mounting civilian toll in Gaza, as well as the indiscriminate firing of rockets from Gaza into Israel.

“Israel, Hamas, and Palestinian armed groups in Gaza have been down this road before, and it has led only to death, destruction, distrust and a painful prolongation of the conflict,” Pillay said.