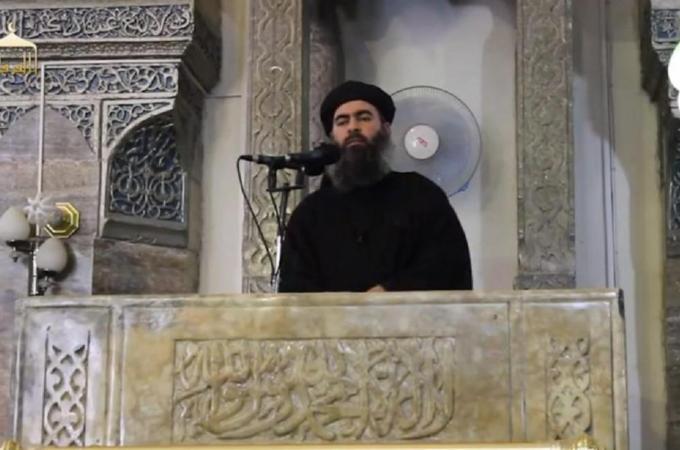 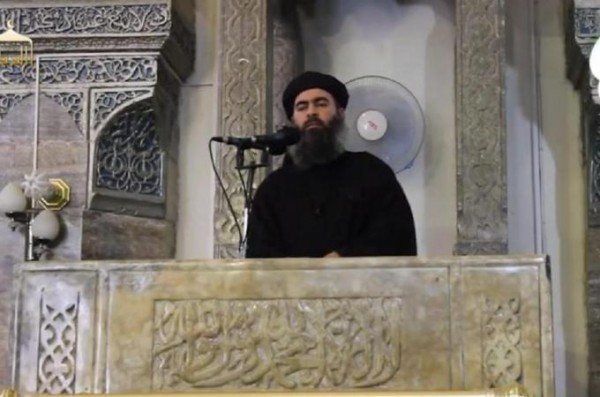 Abu Bakr al-Baghdadi’s declaration of an Islamic State and caliphate is potentially good news for patriotic Iraqis, the international community, and the majority of Muslims. It is bad news for al-Qaeda, whose credibility may be irreversibly damaged. The way the world responds to the caliphate also provides an opportunity to destroy the political myths that sustain and attract recruits to extremist ideologies.

The new caliph presents Muslims with a choice to accept him or be assumed apostate and so, liable to be killed. This has precedence in medieval Europe, rather than in Muslim history. A medieval Christian king would declare cuius regio, eius et religio or to whom belongs the realm also belongs the religion, requiring subjects to accept his religion, leave or be killed.

Ibrahim’s (as the new caliph wants to be known) declaration nullifies his group’s current and any future alliances. The Sunni tribesmen and ex-Baathists supporting the Islamic State group, formerly known as the Islamic State of Iraq and the Levant, in the insurgency now, have to either succumb to the caliph’s authority or risk being killed.

No doubt some will bow to the caliphate. Hot heads from across the world will be drawn to this latest craze in theo-pop boy bands. But most will wretch at the idea of complete religious and political submission to a man whose authority rests solely on his ability to mastermind an armed rebellion. So, Ibrahim’s new caliphate came into effect with an implicit declaration of war against all.

That the group has chosen to become known as the Islamic State (IS) rather than any of its previous titles involving the word “Iraq”, betrays its cynical exploitation of national politics for its own objectives. The nationalist ex-Baathists and patriotic tribesmen will likely feel aggrieved by the group’s hijacking of their cause for a wider pan-Islamist agenda. For some, the betrayal will need avenging through violence.

For the Shia, the Kurds and the Christians, the Islamic State’s declaration means that they will not have a voice within its territory. These extremists have a tradition of destroying any shrine, grave or relic that could be used for worship by any religion, including Islam, which doesn’t follow their exclusive creed. The Kurds stand to lose their secular and accommodating culture.

By threatening the national boundaries, beliefs and identities of the people in the region, the caliphate could unite otherwise disparate agendas within Iraq. While last week some Kurds might have considered the Islamic State a catalyst for their dream of an independent Kurdistan, now they will see the group as a threat to their nation.

Europe, the US and Russia were already concerned about the future dangers posed by the Islamic State. Their concerns will have been heightened byIbrahim’s self-appointed papacy.

So within the constraints of doing business with Prime Minister Nouri al-Maliki, with each other and with Iran and the other players in Iraq, they will wish to increase their contribution to fight against this caliphate project, providing an opportunity for Iraqis and regional powers to work for a common purpose.

No matter what happens to the caliphate, al-Qaeda stands to suffer, possibly irrecoverably. Al-Qaeda’s most creative contribution to jihadist ideology was to focus on fighting the faraway enemy, the West, rather than the near enemy, the “apostate” Muslim regimes. However, 9/11 and other inspired attacks in Europe failed to achieve their aim of making the West abandon its support of most Muslim regimes.

Instead, those attacks had the opposite effect. Western forces occupied more Muslim lands with more Muslims killed and with a greater loss of wealth and dignity. US counterterrorism operations resulted in Osama bin Laden and all but one of his deputies being killed over the last decade. The capability of al-Qaeda to plan and conduct terrorism was castrated and its prodigious propaganda output hugely constrained in recent years. The US reduced the organisation from being the number one global threat to a paper tiger.

The fact that the Islamic State group had sought al-Qaeda recognition but fought other al-Qaeda groups in Syria, refused to listen to its leader’s pleas to refrain, and was eventually expelled, is highly significant. It proves that al-Qaeda’s ideology is contradictory. On the one hand, it misappropriates theology to define Islam primarily through the lens of participation in a violent jihad. This implicitly suggests that compromise was a sin in the religion and the cause of Islamic decline.

On the other hand, it has repeatedly tried to restrain its affiliates and associates from using too much violence and from making too many enemies, for reasons of political pragmatism. This is a conundrum that many extremists, by definition, cannot resolve.

Al-Qaeda leader Ayman al-Zawahiri progressively lost authority because of his inability or unwillingness to participate in violent action for over a decade. Unsurprisingly, the Islamic State group ignored his instructions to behave in Syria. The group’s apparent success highlights al-Qaeda’s failures. The Islamic State group’s unattractive style of jihad points to the ultimate conclusion of al-Qaeda’s ideology – one that is so bloodthirsty, it kills its own.

If the international community, regional powers, and what remains of Iraq unite to fight the caliphate, then its tenure will certainly be short-lived. But for success to be sustained, it is important to not just defeat the threat, but also to discredit the motivating ideology.

Having made extravagant promises of capturing Baghdad and uniting a swathe of land from India to Spain, halting Caliph Ibrahim’s ambitions should send a powerful message to all extremists with theo-political ambitions: as with al-Qaeda, such strategies are doomed to failure. Unfortunately, extremists ignore political reality and so it is important also to explain the false premises on which the idea of the caliphate and an Islamic state are based.

Caliph or Khalifa in Arabic, is used in Islamic tradition to connote theological successors to prophets. According to Sunni Muslims, the prophet of Islam had four “Rightly Guided” caliphs; subsequent caliphs were principally political leaders. A myth developed with the abolition of the Ottoman Caliphate in 1924, which advocated that to restore Islamic power it was necessary to unite all Muslims under a single caliphate.

Osama bin Laden lamented in a speech that the Muslim world had been deprived of a caliphate since the Ottomans. Few Muslims noticed the amusing irony in his comments. His Wahhabi-Saudi compatriots had revolted against the Ottomans, and hence that very caliphate and its brand of Islam.

The Ottoman caliphate coincided with the Safavid caliphate and the Mughal Empire, which occasionally claimed a caliphate. The Ottomans and the Safavids even went to war with each other. So, the idea of Islamic unity under a political caliphate, rather than a prophetic one, has no basis in history. Until Muslim scholars make that point clear, the uneducated will continue to be radicalised by false political notions.

The idea of restoring territorial unity under a single Islamic state has its roots in an even more recent myth.  Abdullah Azzam, a former Muslim Brotherhood member, introduced into his writings the idea that jihad in Islam was an individual obligation to recover erstwhile Muslim territory. This 40-year-old idea is the primary concept used by ideologues to radicalise recruits to fight for an Islamic state.

The inevitable counterattack on the caliphate will expose the absurdity and failure of this anarchic idea just as those of al-Qaeda have been exposed. To sustain that success, the rest of us need to provide a counter narrative that can withstand critical scrutiny.

Muslims will always be attracted to the idea of restoring the dignity and leadership of their faith. They can best do this by reading history and pondering over the Quran. When Europe was gripped by centuries of violent religious bigotry, the 17th century English philosopher John Locke wrote enviously about the way in which Christians of all sects and Jews were able to worship freely in the Ottoman realm. The Quran goes beyond tolerance by making recognition of all religions an article of faith in Islam.

The most powerful weapon against extremist ideology is the knowledge that Islamic empires were not exclusively sustained by powerful armies – as was the case of Rome – nor supported by a strong naval fleet, as was the case in the British Empire. The sun set on Islamic power when it handed leadership over to the West in building societies dedicated to pluralism and knowledge – values that Islamic theology champions more highly than a martial jihad.