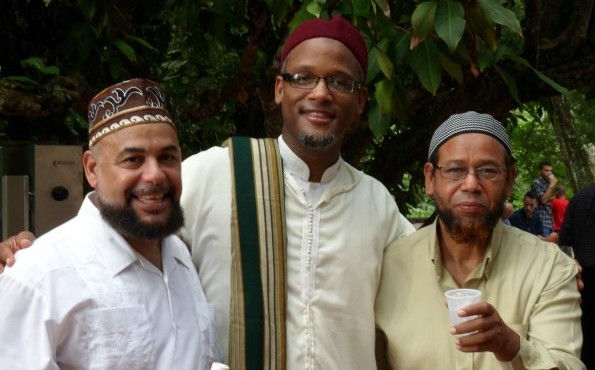 Indigenous Latin American and Caribbean communities are in great need of scholars and resources on sound traditional Islamic knowledge. At present, there is a significant dearth of materials on Islam in local languages, such as Spanish and Portuguese. Moreover, until fairly recently, Latin America as a region had been largely disconnected from the larger Muslim world, with exchange between the two regions being fairly minimal. The increasing possibility for people in Latin America and the Caribbean to travel to and from the Muslim world has also been a factor in the number of Muslim converts that steadily increases along the years.

Throughout the region, there are a number of mosques and Muslim organizations established and run by Arab and South Asian immigrants, such as in Brazil and Argentina. Many local Muslim converts, however, feel somehow excluded.

Despite the availability of limited dawa resources at hand, the increasing opportunity for Muslims to reach out to local communities, as well as the generally positive reception to efforts of calling people to Islam, dawa efforts beyond immigrant Muslim communities have largely been ignored due to the lack of competent human resources trained in sound Islamic knowledge. Many local Muslim communities have in fact very limited understanding, knowledge, and resource on Islam.

One of the main challenges facing local Muslims in Santo Domingo, Santiago, and Bavaro in the Dominican Republic is the lack of convert care. Dawa activists have had to juggle between their professional occupation and propagating information on Islam. More efforts are also needed to help propagate sound Islamic knowledge and Prophetic manners among the society at large.

In light of the above concerns and needs, we therefore set out to launch a crowd-funding campaign to help sponsor a delegation from local Muslim communities in Latin America and the Caribbean in fulfilling the communal obligation of pursuing sacred knowledge, particularly in Tarim, Yemen. We hope that upon the completion of their studies, these seekers of knowledge will be well-equipped with sound traditional Islamic knowledge and be able to return to their localities and convey what they have learned to the community in their respective mother tongue, in addition to establishing their own organizations necessary for the propagation of sound Islamic knowledge and calling to Allah.

To see more about this project and learn how you can help visit its LaunchGood Page.