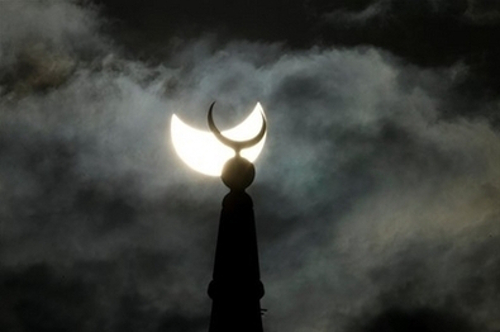 The term “MAHDI” is a title meaning “The Guided one”.

Hadhrat Abdullah bin Mas’ood radhiyallahu anhu says that Rasulullah sallallahu alayhi wasallam said, “This world will not come to an end until one person from my progeny does not rule over the Arabs, and his name will be the same as my name.” (Tirimdhi)

Hadhrat Ali radhiyallahu anhu narrates that Rasulullah sallallahu alayhi wasallam said, “Even if only a day remains for Qiyamah to come, yet Allah will surely send a man from my family who will fill this world with such justice and fairness, just as it initally was filled with oppression.” (Abu Daawood)

Hadhrat Abu Saeed Khudri radhiyallahu anhu relates that Rasulullah sallallahu alayhi wasallam said, “Al Mahdi will be from my progeny. His forehead will be broad and his nose will be high. He will fill the world with justice and fairness at a time when the world will be filled with oppression. He will rule for seven years.”

Other ahadeeth inform us that:

He will be tall
He will be fair complexioned
His facial features will be similar to those of Rasulullah sallallahu alayhi wasallam
His character will be exactly like that of Rasulullah sallallahu alayhi wasallam
His father’s name will be Abdullah
His mother’s name will be Aamina
He will speak with a slight stutter and occasionally this stutter will frustrate him causing him to hit his hand upon his thigh.
His age at the time of his emergence will be forty years
He will receive Knowledge from Allah.
His Emergence and Rule

Hadhrat Umme Salmah radhiyallahu anhu narrates that Rasulullah sallallahu alayhi wasallam said, ” After the death of a Ruler there will be some dispute between the people. At that time a citizen of Madina will flee (from Madinah) and go to Makkah. While in Makkah, certain people will approach him between Hajrul Aswad and Maqaame Ibraheem, and forcefully pledge their allegiance to him.

Thereafter a huge army will proceed from Syria to attack him but when they will be at Baida, which is between Makkah and Madina, they will be swallowed into the ground.

On seeing this, the Abdaals of Shaam as well as large numbers of people from Iraq will come to him and pledge their allegiance to him. Then a person from the Quraish, whose uncle will be from the Bani Kalb tribe will send an army to attack him, only to be overpowered, by the will of Allah. This (defeated) army will be that of the Bani Kalb. Unfortunate indeed is he who does not receive a share from the booty of the Kalb. This person (Imaam Mahdi) will distribute the spoils of war after the battle. He will lead the people according to the Sunnah and during his reign Islam will spread throughout the world. He will remain till seven years (since his emergence). He will pass away and the Muslims will perform his Janaazah salaat.” (Abu Daawood)

While the people will be pledging their allegiance to Imaam Mahdi, a voice from the unseen will call out:

“This is the representative of Allah, The Mahdi, listen to him and obey him”

This announcement which will be heard by all those present will establish his authenticity. Another sign which will indicate the authenticity of Imaam Mahdi wil be that in the Ramadhaan prior to his emergence an eclipse of the sun and moon will occur.

Hadhrat Abu Umamah radhiyallahu anhu says that Rasulullah sallallahu alayhi wasallam said: “There will be four peace agreements between you and the Romans. The fourth agreement will be mediated through a person who will be from the progeny of Hadhrat Haroon alayhis salaam and will be upheld for seven years.”

The people asked: “O Rasulullah (sallallahu alayhi wasallam ), who will be the Imaam of the people at the time?”

Rasulullah sallallahu alayhi wasallam said: “He will be from my progeny and will be forty years of age. His face will shine like a star and he will have a black spot on his left cheek. He will don two “Qutwaani” cloaks and will appear exactly as a person from the Bani Israeel…” (Tabraani)

According to hadith narrated by Abu Saeed Khudri radhiyallahu anhu Rasulullah sallallahu alayhi wasallam said: “…(regarding the rule of Imaam Mahdi) the skies will rain down in abundance and the earth will yield forth its crop in abundance, and those alive will desire that those who have already passed away should have been alive to enjoy this prosperity…”

Hadhrat Buraidah radhiyallahu anhu says that Rasulullah sallallahu alayhi wasallam said: “There will be many armies after me. You must join that army which will come from Khurasaan.” (Ibne Adi)

Abu Hurairah radhiyallahu anhu says that Rasulullah sallallahu alayhi wasallam said: “(Armies carrying) black flags will come from Khurasaan. No power will be able to stop them and they will finally reach Eela (Baitul Maqdas) where they will erect their flags.”

The Prophet sallallahu alayhi wasallam said: “Even if the entire duration of the world’s existence has already been exhausted and only one day is left (before the day of judgment), Allah will expand that day to such a length of time, as to accommodate the kingdom of a person from my Ahlul-Bayt who will be called by my name. He will fill out the earth with peace and justice as it will have been full of injustice and tyranny (by then).” References: Sahih al-Tirmidhi, v2, p86, v9, pp 74-75; Sunan Abu Dawud, v2, p7; Musnad Ahmad Ibn Hanbal, v1, pp 84,376; V3, p63

The Prophet (PBUH and HF) said: “al-Mahdi is one of us, the members of the household (Ahlul-Bayt).” Reference:Sunan Ibne Maajah, v2, Tradition #4085

The Prophet (PBUH and HF) said: “We (I and my family) are members of a household that Allah (SWT) has chosen for them the life of the Hereafter over the life of this world; and the members of my household (Ahlul-Bayt) shall suffer a great affliction and they shall be forcefully expelled from their homes after my death; then there will come people from the East carrying black flags, and they will ask for some good to be given to them, but they shall be refused service; as such, they will wage war and emerge victorious, and will be offered that which they desired in the first place, but they will refuse to accept it till they pass it to a man from my family (Ahlul-Bayt) appears to fill the Earth with justice as it has been filled with corruption. So whoever reaches that (time) ought to come to them even if crawling on the ice/snow since among them is the Vice-regent of Allah (Khalifatullah) al-Mahdi.” References: Sunan Ibn Majah, v2, Tradition #4082; The History Tabari, al-Sawa’iq al-Muhriqah, by Ibne Hajar, Ch. 11, section 1, pp 250-251

Abu Nadra reported: We were with the company of Jabir Ibn Abdillah… Jabir Ibn Abdillah kept quite for a while and then reported Allah’s Messenger (may peace be upon him) having said: “There would be a Caliph in the last (period) of my Ummah who would freely give handfuls of wealth to the people without counting it.” I said to Abu Nadra and Abu al-Ala: Do you mean Umar Ibn Abd al-Aziz? They said: NO, (he would be Imam Mahdi). References: Sahih Muslim, English version, v4, chapter MCCV, p1508, Tradition #6961 ; Sahih Muslim, Arabic version, Kitab al-Fitan, v4, p2234, Tradition #67

“al-Mahdi is from our Ahlul-Bayt, no doubt Allah will enforce his appearance within a night (i.e., his coming is very unpredictable and is very sudden).” References: Sunan Ibne Maajah, v2, p269