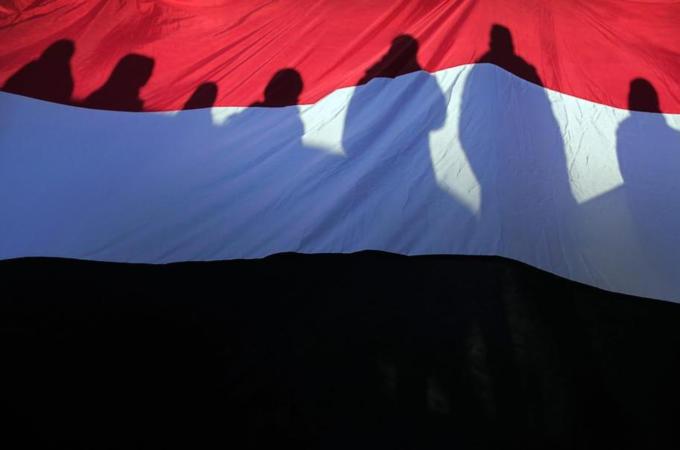 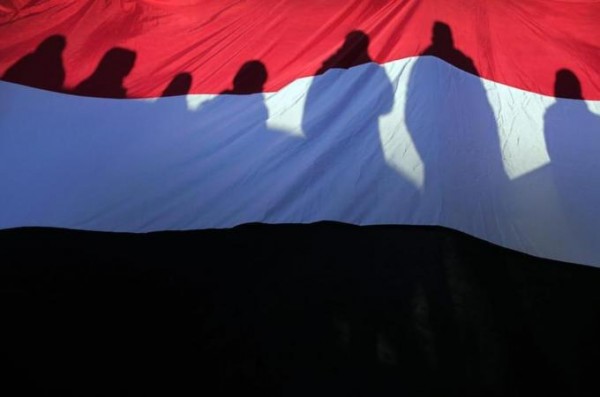 In Egypt, a woman gave birth to her child while her hand was chained to bed in a public hospital. Another man died two days after being electrocuted in a police station. In Egypt, the political prisoner will be branded as a criminal, get tortured and humiliated without being sent to a court for a fair trial. Meanwhile, some pro-government politicians and intellectuals would shamelessly make up excuses for such brutality.

According to the WikiThawra, an independent website that documents cases of death, injury, and detention that have occurred in Egypt since the January 25, 2011 uprising, the number of detainees since the July 3 coup and until last December reached around 21,000.

Amnesty International stated that more than 300 children have been detained over the last six months. The Daily Telegraph reported a few cases on February 15. One of the detainees noted that prisoners are crammed into tiny cells and are presented food full of insects. They are also deprived of using the toilet.

Undoubtedly, the testimonies detailing the torture that takes place at Egyptian police stations and prisons are appalling. In a letter from activist Khaled al-Sayed to his wife during his detention, he described the Azbakia police station, where he was detained, as a “slaughterhouse where torture sessions of detainees take place every day…  detainees are forcibly stripped of their clothes, beaten and electrocuted  on sensitive parts of their bodies”. This testimony triggered a reaction from several human rights organisations that demanded an for investigation into the torture cases. Their calls, however, fell on deaf ears.

On the 3rd anniversary of the January 25 revolution, more  than 1000 Egyptians were arrested  in a single day, according to statements issued by  the Egyptian interior ministry. One released detainee stated: “I noticed that the walls of the cell were smeared with blood… I was beaten so hard that I was thrown from one side of the room to the other. I was slapped on my face, beaten on my head and cursed for criticizing the police and army.”

This is not to mention the physical and sexual harassment committed against many detained women. According to the same detainee, a young girl was beaten and harassed: “One of the girls told me later that the officer took off his shoes and beat her all over her body and on her face with them.”

What is more atrocious than torture crimes against detainees in Egypt, is the justifications provided by pro-military media outlets. For example, one TV commentator shamelessly defended the detention and treatment of the pregnant woman claiming “she is a convict and should not be allowed to flee”. Upon the woman’s release, a video of her went viral around social media. However, that commentator did not apologize for his reprehensible statement. Worse still was a comment made by the assistant interior minister for human rights affairs who claimed that “torture does not take place in Egyptian prisons” only to be mocked on Facebook and Twitter.

It’s hardly surprising that the pro-state media struggled to disseminate such low quality propaganda, as  it has  traditionally turned its back on any code of ethics and showed no respect for values such as integrity and accuracy in its news coverage. Nor is it a novelty  for an official to make such an assertion when his ministry is responsible for the deaths of hundreds and the detention of thousands over the last few months.

Yet, what’s most striking  in this terror tales of torture in Egyptian prisons is the position embraced by the so-called “liberals” and “secularists” on the issue of  torture. It is disgraceful how while some of them took refuge in silence and declined to comment  on the gross human rights violations as if they live in a different country, others busied themeselves with  looking for excuses and arguments that justify the police brutality under the guise of a “war on terror”.

They are the same pseudo-liberals who backed the military coup since July 3  after their dismal failure to provide a viable alternative to Islamists or  even form a genuine opposition bloc to face the comeback of the authoritarian state.

The torture file in Egypt, is not isolated from the systematic and deliberate targeting  of  human rights organisations and activists that kept defending the rights of Egyptian detainees and political prisoners under the present regime.

High-profile state organs, and their media stooges, are launching a feverish campaign against many human rights activists working in Egypt, for the simple  reason that they keep unveiling the Egyptian interior ministry’s practices and violations.

Most alarming is the regime’s attempt to enshrine arbitrary mass torture as fair and legitimate in the collective memory of Egyptians. Not surprisingly, many Egyptians have become willing to tolerate repression and torture as they believe that protesters are “a threat to the security of the nation and a part of an international conspiracy”. In fact this statement has been so extensively used to suppress any opposition to the current regime that it has become somewhat cliche.

The current scale of torture in Egypt resembles cases from other countries that spent decades under dictatorial rule and ended cruelly such as Saddam Hussein’s Iraq, Gaddafi’s Libya, and Assad’s civil war in Syria. It should come as no surprise that the Organisation for Economic Cooperation and Development (OECD) listed Egypt among the perilous states in its 2014 report citing the increased violence, instability, brutality, and the political exclusion of any opposition.

What is happening in Egypt since the July 23 coup is a desperate attempt by the counter-revolutionary forces to reestablish another “republic of fear” that was overthrown by the  January 25 revolution. They are seeking revenge over  what happened to  the Egyptian interior ministry on January 25, 2011, when its walls collapsed in front of the youth revolution.

This will not happen. Not only  because time  is overdue for such condemned practices, but also  because those who had toppled  two Egyptian regimes in less than 3 years, are capable of doing that anew, however long that may take. Their struggle will continue untill their  demands for freedom, dignity and social justice are  fulfilled.