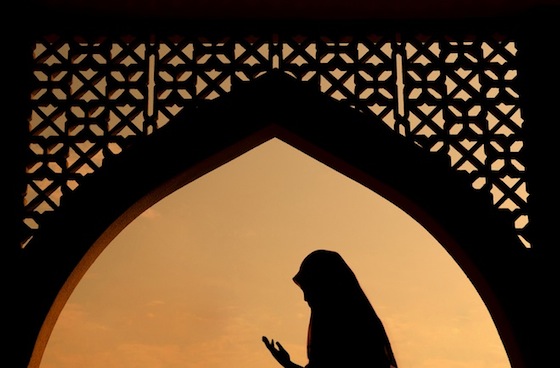 This is Part 1 of a two-part series highlighting how migrant and refugee women in particular are being affected by a severe shortage of crisis accommodation for domestic violence victims.

It’s a place very few people are allowed to see… and most would hope to never encounter.

Domestic violence refuges are concealed in suburbs throughout Australia, and are tightly guarded.

But one crisis accommodation provider for mainly migrant and refugee women has allowed Naomi Selvaratnam rare access to daily life in their refuge.

From the outside, the Muslim Women’s Association refuge in Sydney looks like just a normal house.

But beyond the walls of this brick property in a nondescript western suburbs street live women who have fled abusive and often violent partners.

Its location is kept a secret.

If it were publicly known, the lives of the women living there could be put at risk.

The front gate and door are always locked, and a security camera monitors everyone who, with permission, enters or leaves.

Today, the women have gathered in the kitchen to cook together.

The women have formed an assembly line, pressing meat into cabbage leaves and rolling them into neat parcels.

It’s loud, there’s jokes and laughter, and children flit in and out of the room.

As a place for women who have just fled very unhappy and often violent homes, the mood is unexpectedly jovial.

The women staying in the refuge seem to have formed a strong bond.

Maha, the refuge’s manager, says sometimes, women who use the refuge will choose to stay in their rooms, avoiding interacting with each other.

But this current group is different.

“They all cook and eat together, clean together. This group wash together, everything.”

The women are from different countries in the Middle East, and different streams of Islam.

Maha, the manager of the refuge, says despite significant cultural and political differences the women feel united by a common experience, and rarely argue.

“This is like a family home. When they come in, they feel like this is their home and they actually work together. So to overcome the differences, all those political differences that are out there, not in here. They don’t actually talk about the differences, the religious differences. They talk about the commonalities and they don’t differentiate between each other. Something we always really hone at is that we are all sisters. We all bleed the same, we feel the same, we are all under the banner of Islam, but it comes with diversity.”

Many of the Muslim women who use this refuge have limited English.

Arabic is the common language of many of the current clients.

Leaving the kitchen, Adiba leads the way toward a long hallway, and swipes her security pass to open the doors to the bedrooms.

Each room has three beds, and in one, a woman is kneeling on her prayer mat.

Pointing at each bed, Adiba names the countries each woman comes from.

In most refuges, women will only stay a few nights before leaving to longer-term accommodation.

However, many of the women who arrive at the Muslim Women’s Association stay much longer, sometimes for months.

“When they come to us, some of them, we’ve got two with no income because they came to Australia on spouse visas, they have a sponsor. And then, when they come here, due to the domestic violence, that visa gets cancelled, we have to reapply for them under domestic violence provisions. It’s a long process and you have to apply for a special benefit for them for income, they have to prove that they are victims of domestic violence. And in some cases, women don’t tell anybody about the abuse so you can’t get anybody else to sign it because they have to get three statutory declarations completed.”

Other services provided by the Muslim Women’s Association refuge include counselling, financial assistance, and help with finding jobs.

Currently, the refuge operates with a staff of six, working a 24-hour roster.

The Association also manages about 50 houses that provide medium-term accommodation, as the next step for women moving out of the refuge before they find somewhere permanent to live.

Maha says the fact that the refuge caters to the specific needs of the Muslim women makes the transition from a violent situation easier.

“A specialist service for women reduces that anxiety, because already she’s made that decision to leave the home and there’s already that fear, what am I doing? Am I doing the right thing? So it allows her that peace of mind to make her own informed decision without having to do what others expect of her. While I think every refuge tries to provide the right service to its clients, sometimes we don’t know what the client’s needs are, we can’t provide the service. It’s not a lip service and it’s not puting up signs in Arabic, or Turkish or Malay or whatever. Like when you walked in the room you saw one of the ladies had her prayer mat on the floor. Knowing that you don’t step on the prayer mat. Imagine, in another place she wouldn’t have her prayer mat.”

There’s a strong sense of camaraderie among the women in the refuge.

Adiba from Lebanon and a younger woman at the refuge, Jana from Iran, have bonded in the few weeks they’ve spent together.

Adiba helps Jana to care for her two young children.

Maha relates how Adiba took Jana out to run errands.

Adiba says helping Jana look after her two children has given her a distraction from her own problems.

My heart bleeds, it’s crying tears, but I overcome my own pain, I want to support her to overcome this.

Maha says the refuge is trying to create somewhere safe for the women that doesn’t feel like a prison.

“It’s very homey, and the women don’t look at it as a refuge. For most of them it’s like their home, because a lot of them don’t have families here, and we become their family.”

But as with most crisis accommodation facilities across the country, the Muslim Women’s Association refuge is experiencing an upsurge in requests for help that it can’t meet.

Maha describes just one recent example of a woman with a child who had to be turned away.

“The neighbours called and they said ‘we have a woman, we can hear a newborn, she’s being beaten up’ and we said to them ‘call the police please, urgently’. And then they ended up bringing her to our head office and we can’t take her in because we’ve got other young children. So we said look, take her to the police and it feels so… I can’t describe the way it feels when we say we can’t really have you in our space because it’s not safe for you and your child.”

The problem of a shortage of a crisis accommodation for domestic violence victims is further explored in Part 2 of this two part series.

To listen to this please see the original article.