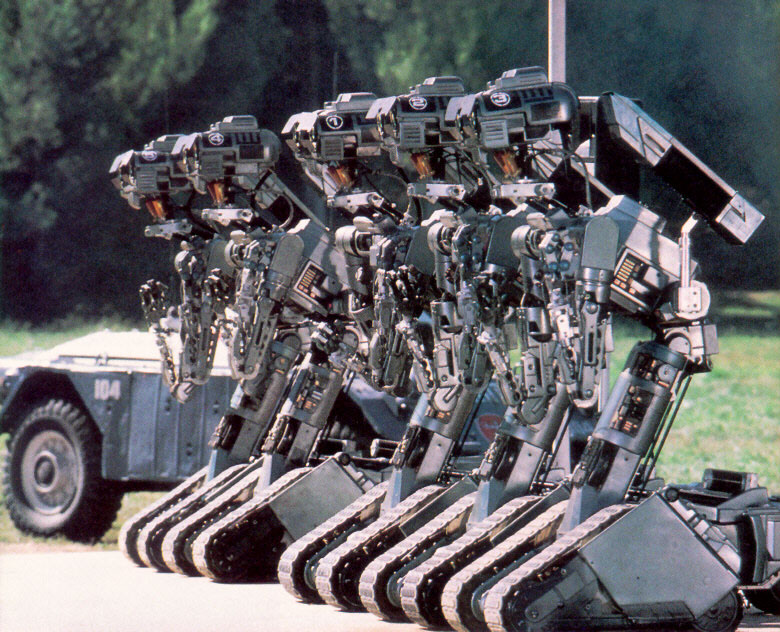 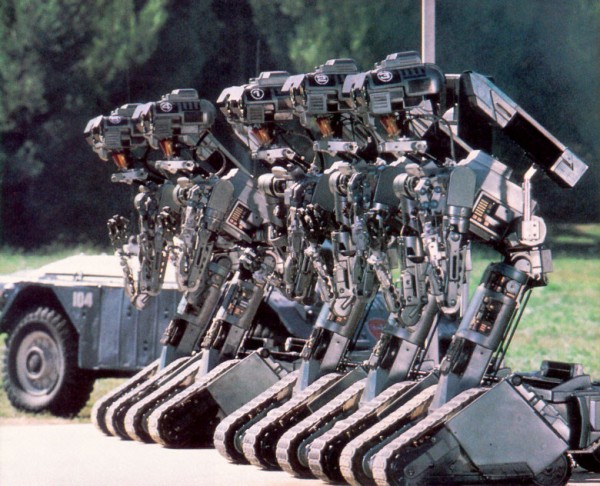 The US Army is considering replacing thousands of soldiers with robots as it deals with sweeping troop cuts.

A senior American officer has said he is considering shrinking the size of the Army’s brigade combat teams by a quarter and replacing the lost troops with robots and remote-controlled vehicles.

The American military is still far from fielding armies of Terminator-type robotic killers though.

Ideas under discussion instead include proposals to see manned lorries and transporters replaced by supply trains of robots vehicles.

Generals are studying proposals as the US Army is to slim down from 540,000 to about 490,000 soldiers by the end of next year. Some reports suggest it could dip below 450,000 by the end of the decade.

In response, Gen Robert Cone, head of the army’s training and doctrine command, is considering shrinking the army’s brigade combat teams from about 4,000 soldiers to 3,000 and using more robots, according to Defense News, a US military magazine.

He told a military symposium: “I’ve got clear guidance to think about what if you could robotically perform some of the tasks in terms of manoeuvrability, in terms of the future of the force.”

Options under discussion, he said, included trains of robot vehicles that would following vehicles with human drivers in long supply convoys.

He said the army should also follow the lead of the navy in using technology to cut manpower. “When you see the success, frankly, that the Navy has had in terms of lowering the numbers of people on ships, are there functions in the brigade that we could automate – robots or manned/unmanned teaming – and lower the number of people that are involved, given the fact that people are our major cost?”

However, there are no immediate plans for autonomous robots to be deployed with lethal firepower. Huw Williams, an expert on military robots and unmanned vehicles at the defence publication IHS Jane’s, said armies were focusing on investigating robots vehicles for transport.

Research into remote-controlled military vehicles had so far largely concentrated on allowing commanders to keep soldiers out of harm’s way, but they could also see a reduction in the number of troops, he added.

Several robot ground vehicles have already been tested in Afghanistan, including the Squad Mission Support System, a six-wheeled robotic buggy to carry soldiers’ kit and baggage.

America has meanwhile waged an aggressive drone campaign targeting insurgents and al-Qaeda terrorists in the border regions of Pakistan.

The rise of the new technologies has provoked fears of future battlefields one day stalked by unaccountable robotic killing machines, and in 2012, Human Rights Watch called for a pre-emptive ban on killer robots “before it’s too late”.

Former US commander General Stanley McChrystal, who oversaw Nato forces in Afghanistan, warned yesterday that America’s drones programme created “a tremendous amount of resentment” in the areas it targeted.

Asked by the BBC’s Today programme what the future was for drone warfare, he said: “There’s a danger that something that feels easy to do and without risk to yourself, almost antiseptic to the person shooting, doesn’t feel that way at the point of impact. And so if it lowers the threshold for taking operations because it feels easy, there’s danger in that.”