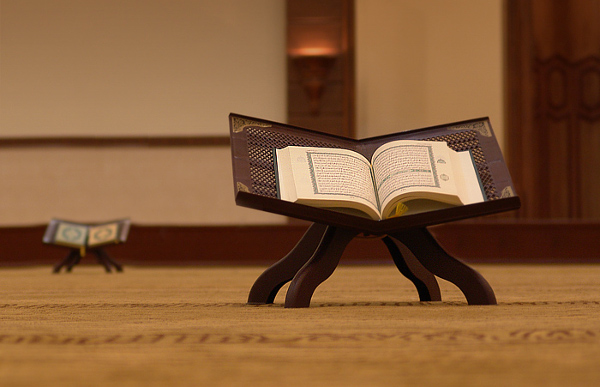 The question of free will is a theological difficulty. Sunni Theologians have always maintained that its reality lies at the very limit of human intellectual capacity, and that it is not something to be sought after. Curiously enough, it’s also one of the scape-goats used, by those who reject the call of the Prophets, to “establish” the irrationality of faith.

Such people apparently forget that the notion of free will is generally problematic even if you conceive of the universe as one without a god. In non-theological philosophy and metaphysics, I’m told, it is a problem that defies consensus [1] . Yet those who suppose there is no god somehow see a proof for their position in the fact that they reject theologians’ explanations as unsatisfactory.

Those whose hearts are sealed are a lost cause according to the Book of Allah [2] , Most High. So I shan’t concern myself with that bunch beyond what I’ve just said. Yet, there are others who genuinely ask, “How can God make us responsible, if He determines everything?” This question is genuine only in the case of the one who accepts that it is rational to believe in God, and is open to the possibility that he may not have grasped the concept of God properly.

I say this because the question does not really concern free will, as much as it concerns ethics and the application of ethics to God. So if one has already drawn the conclusion that belief in God is irrational then there can be no genuine question of ethics there. Likewise if one has already drawn (theological) conclusions about God that subject Him to human ethics and judgment then such a question may hardly be considered genuine since it more closely resembles a judgment itself.

So to the genuine questioner it may be said that God is the Truth to whom all things return. He is One, not merely meaning that there aren’t two or more gods, but one meaning absolutely unique and utterly dissimilar to everything other than Him. For beyond the fact that reason accepts that the Originator of things must be other than them, the Quran affirms, “There is nothing such as His like, and He is the all Attending, the all Beholding.”[3]

That is, if humans are to understand the utterly unique and incomparable God, we must accept that He, Most High, is not one of us nor is He like us, nor we like Him, in any sense. Soall things that may be considered real, whether material or abstract, return to Him; they are His creation. That includes, men, mountains, the heavens, love, hate, good, bad, and all human states and notions including ethics. What therefore is this utterly dissimilar God subject to? God is not Zeus; He is not a really powerful guy in the sky. He is the Creator, theReal. All that is only indicates Him, Most High.

So everything is held in existence by Him, and would not exist save through His knowledge, His will, His power. This is not the knowledge, will, and power of a really knowledgeable, really compelling, really powerful guy in the sky. Rather, those are attributes (entirely unlike what we possess of similar names) of utter perfection that inform the reality of all existent things, all existent things including us and our experiences. We experience choice. We do not deny our experience, and we do not deny Him.

By virtue of what we experience in the phenomenal world of causes, effects, and choice, we are told by God that He has made us accountable to Him with regard to certain ethics that He created and to which we are subject. “He”, here is not, again, the guy in the sky, but the Real, the author of the fabric of our reality- our experience, the sustainer of our very existence. Those who grasp that and therefore something of the reality that revelation indicates is the Living God say, “We hear, and we obey.”

They say, “Who or what else would be fit to judge in an absolute sense save the utterly dissimilar author of every factor we consider reality?” That He, Most High is the Real, that He, Most High, is the Creator of all makes Him uniquely qualified for such decrees. And He is exalted above His creation and not subject to them.

“He is not questioned about what He does, but they are questioned.”[4]

The others say, “But God, how can you presume to judge us when you are the one really in control?” They can’t see past the ethics that they would still be bound by whether they accepted God or not. They can’t accept that God really is beyond what they consider real. They see Him as part of their own reality, an inflated image of themselves who must be subject to what they are subject to in order to presume to judge them.

In reality they don’t direct that question to God but to a really big guy in the sky of their own egos. Little wonder therefore they conclude he can’t exist.

Praise is Allah’s, Lord of the Worlds.