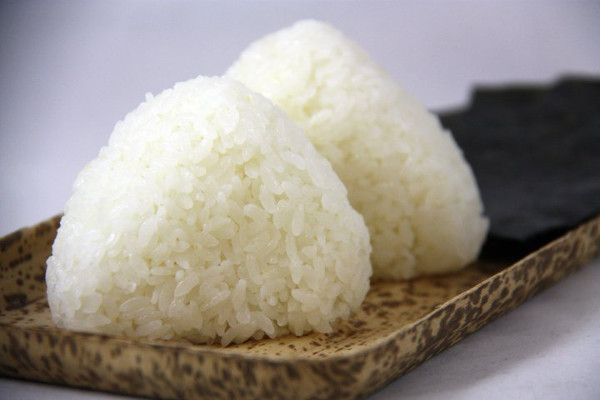 ODATE, AKITA PREF. – A group of small companies has launched a program to offer the Akita Komachi variety of rice to Muslim visitors to Japan, hoping to export the high-quality grain to Islamic nations in the future.

The program began after Feed Innovation Inc., a food venture business in Odate, Akita Prefecture, and Hosana Kikaku, a farming corporation in the city, had their rice production methods certified as halal, or complying with Islamic law, last August.

It was the first and so far only halal certification of rice in Japan, according to the companies.

Halal is an Arabic word meaning “permitted” or “lawful,” and halal food is free from ingredients banned by Islamic law, such as alcohol and pork. To receive certification, an application is filed with a designated Islamic organization for inspection of its production and processing systems.

Feed Innovation, which produces and markets organic farm products, started selling rice harvested last autumn in packages with a halal certification mark. It currently supplies small packages of halal rice to Japanese airports with international routes, as well as in larger quantities to hotels and inns.

The company expects to ship at least 20 tons of halal rice this season. It also hopes to begin exports in the near future to Indonesia and other Southeast Asian nations where Japanese cuisine is popular.

According to the Halal Japan Business Association, an increasing number of Japanese companies are winning halal certification for their food products in the wake of Tokyo’s selection to host the 2020 Summer Olympic Games and UNESCO’s decision to add traditional Japanese cuisine to its Intangible Cultural Heritage list.

There are an estimated 1.9 billion Muslims in the global population of about 7.2 billion. Some demographic experts forecast that Muslims will account for one-third of the world population by 2050.

Japanese companies are pinning high hopes on the growing Islamic market as the domestic market will continue to shrink as a result of the aging population and dwindling birthrate.

The pursuit of halal authorization is not a “temporary boom,” an association official said.

Sato of Feed Innovation underscored the importance of mapping out marketing strategies to make the best use of halal authorization.