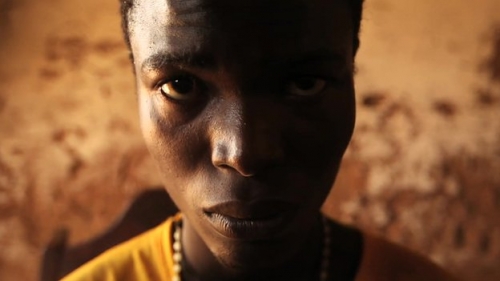 Violence in the Central African Republic continues to spiral into dark anarchy with reports of cannibalism as Muslim and Christian gangs hunt opponents.

“Mad Dog”, whose real name is Ouandja Magloire, told the BBC he ate another’s man flesh in order to seek revenge for the murder of his pregnant wife, his-sister-in law and her baby.

Magloire was part of a Christian mob who went on the rampage against Muslims in the city of Bangui, capital of CAR after President Djotodia’s Seleka resigned.

The cannibal had seen his victim sitting on a minibus and decided to follow him.

More and more people joined him and forced the bus driver to stop; they dragged the Muslim man out on the street, where he was beaten and stabbed before being set on fire.

“Muslim! Muslim! Muslim. I stabbed him in the head. I poured petrol on him. I burned him. Then I ate his leg, the whole thing right down to the bone – with bread. That’s why people call me Mad-dog,” Magloire said.

When asked to explain the reasons of his act, Magloire answered: “Because I am angry.”

Many of the Christian fighters believe in magic and wear amulets containing the flesh of the people they have killed; this is believed to make them invincible.

Hundreds of thousands of children at risk from malaria

“More than half a million people (out of a population of 4.6m) are displaced from their homes by recent fighting – many of them children. Over half the population of Bangui are seeking refuge at 60 sites across the city, mainly religious sites, where they have inadequate access to shelter, clean drinking water, latrines, food or healthcare,” NGO International Medical Corps spokesman Josh Harris told IBTimes UK.

“Since 15 December, International Medical Corps has been operating clinics at two sites for displaced families – St Paul’s and St Bernard’s – which are providing refuge for more than 40,000 people.

“In the first three weeks of operating, International Medical Corps’ clinics have treated over 8,000 patients, 3,200 of them children under five. The most common conditions are malaria (39%), acute respiratory infections (20%) and diarrhoeal disease (18%) […] Teams commenced a mass vaccination campaign against measles and polio in two sites in Bangui,” Harris explained.

Following the overthrowing of the then president Francois Bozize, from CAR’s majority Christian population, the country has descended into sectarian violence between Muslim Seleka and Christian Anti Bakala groups.

The former president was considered by many as incapable of leading the country having failed to put a halt to the bloodshed that has resulted in the deaths of at least 1,000 civilians and uprooted nearly a million people.

The Red Cross has confirmed 13 deaths in Bangui, after the second consecutive night of intense gunfire since Djotodia announced his resignation.

Talks on electing a new, acting president are due to begin on Monday.