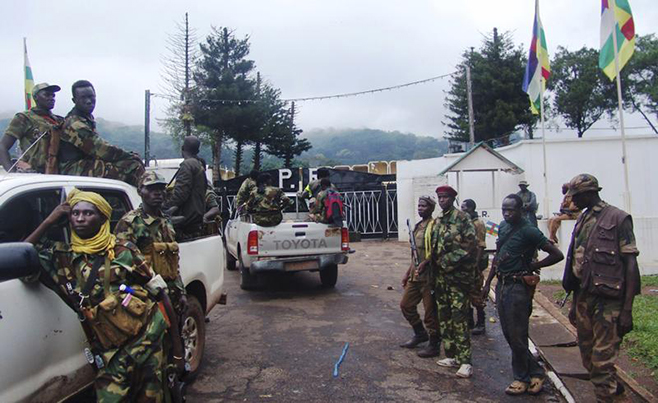 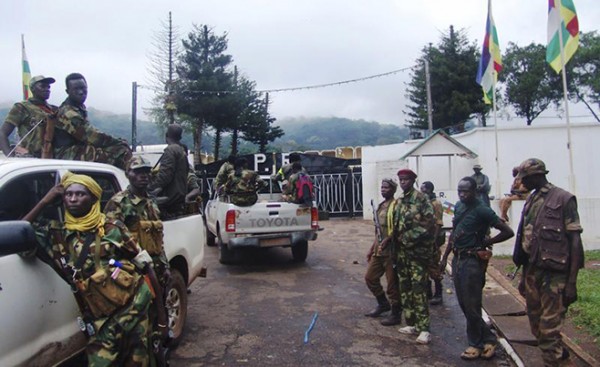 Human Rights Watch reported that Christian militia fighters in the Central African Republic have committed atrocities against Muslims in a cycle of violence that “threatens to spin out of control.”The group issued a new report Thursday highlighting what it says are abuses by the militias, known as anti-balaka, in the past few months in the country’s Ouham province.

The Central African Republic descended into chaos in March after mostly Muslim rebels, known as Seleka, overthrew president Francois Bozize. Months of looting and killing have brought retaliation by Bozize allies and the Christian militias.

The report calls on the C.A.R.’s transitional government to publicly order security forces to prohibit attacks on civilians and to cooperate with the French and African Union troops who are working to restore order.

It also urges both the Muslim and Christian fighters to stop attacking civilians and turn in their weapons.

The U.N. Security Council approved a resolution earlier this month that included a call for U.N. Secretary-General Ban Ki-moon to recommend within three months whether to form a peacekeeping force, which he has said could involve up to 9,000 troops.

Earlier this week, the U.N. refugee agency said it had deployed additional emergency teams to the C.A.R. The agency said violence in Bangui had forced more than 200,000 people to flee from their homes during the past two weeks.

In a VOA interview, United States special envoy David Brown said the U.S. has provided the C.A.R. with a considerable amount of humanitarian assistance, much of it food aid.

“In 2013, that aid has exceeded to $25 million. In addition, there was also an announcement of $6.2 million in refugee assistance in September and we expect in 2014 there will be a very considerable increase in this humanitarian assistance,” said Brown.