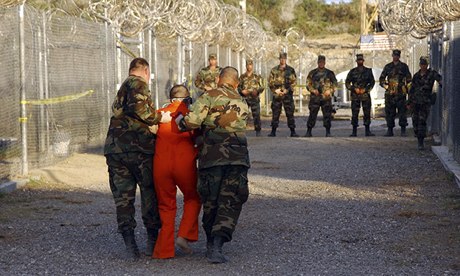 Doctors and psychologists working for the US military violated the ethical codes of their profession under instruction from the defence department and the CIA to become involved in the torture and degrading treatment of suspected terrorists, an investigation has concluded.

The report of the Taskforce on Preserving Medical Professionalism in National Security Detention Centres concludes that after 9/11, health professionals working with the military and intelligence services “designed and participated in cruel, inhumane and degrading treatment and torture of detainees”.

Medical professionals were in effect told that their ethical mantra “first do no harm” did not apply, because they were not treating people who were ill.

The report lays blame primarily on the defence department (DoD) and the CIA, which required their healthcare staff to put aside any scruples in the interests of intelligence gathering and security practices that caused severe harm to detainees, from waterboarding to sleep deprivation and force-feeding.

The two-year review by the 19-member taskforce, Ethics Abandoned: Medical Professionalism and Detainee Abuse in the War on Terror, supported by the Institute on Medicine as a Profession (IMAP) and the Open Society Foundations, says that the DoD termed those involved in interrogation “safety officers” rather than doctors. Doctors and nurses were required to participate in the force-feeding of prisoners on hunger strike, against the rules of the World Medical Association and the American Medical Association. Doctors and psychologists working for the DoD were required to breach patient confidentiality and share what they knew of the prisoner’s physical and psychological condition with interrogators and were used as interrogators themselves. They also failed to comply with recommendations from the army surgeon general on reporting abuse of detainees.

The CIA’s office of medical services played a critical role in advising the justice department that “enhanced interrogation” methods, such as extended sleep deprivation and waterboarding, which are recognised as forms of torture, were medically acceptable. CIA medical personnel were present when waterboarding was taking place, the taskforce says.

Although the DoD has taken steps to address concerns over practices at Guantánamo Bay in recent years, and the CIA has said it no longer has suspects in detention, the taskforce says that these “changed roles for health professionals and anaemic ethical standards” remain.

“The American public has a right to know that the covenant with its physicians to follow professional ethical expectations is firm regardless of where they serve,” said Dr Gerald Thomson, professor of medicine emeritus at Columbia University and member of the taskforce.

He added: “It’s clear that in the name of national security the military trumped that covenant, and physicians were transformed into agents of the military and performed acts that were contrary to medical ethics and practice. We have a responsibility to make sure this never happens again.”The taskforce says that unethical practices by medical personnel, required by the military, continue today. The DoD “continues to follow policies that undermine standards of professional conduct” for interrogation, hunger strikes, and reporting abuse. Protocols have been issued requiring doctors and nurses to participate in the force-feeding of detainees, including forced extensive bodily restraints for up to two hours twice a day.

Doctors are still required to give interrogators access to medical and psychological information about detainees which they can use to exert pressure on them. Detainees are not permitted to receive treatment for the distress caused by their torture.

“Putting on a uniform does not and should not abrogate the fundamental principles of medical professionalism,” said IMAP president David Rothman. “‘Do no harm’ and ‘put patient interest first’ must apply to all physicians regardless of where they practise.”The taskforce wants a full investigation into the involvement of the medical profession in detention centres. It is also calling for publication of the Senate intelligence committee’s inquiry into CIA practices and wants rules to ensure doctors and psychiatrists working for the military are allowed to abide by the ethical obligations of their profession; they should be prohibited from taking part in interrogation, sharing information from detainees’ medical records with interrogators, or participating in force-feeding, and they should be required to report abuse of detainees.