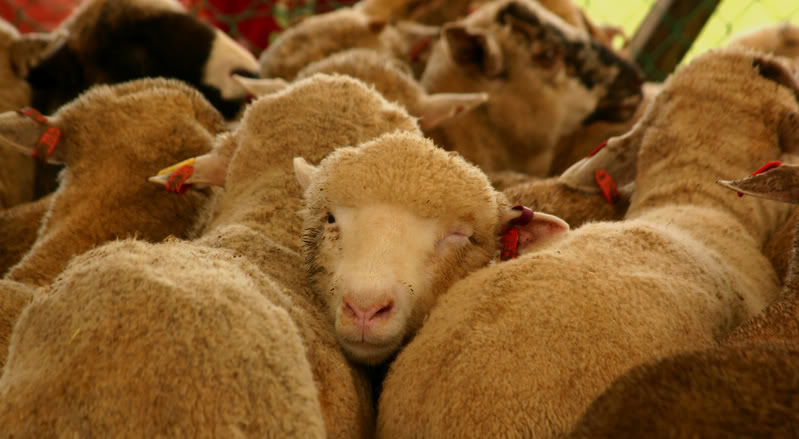 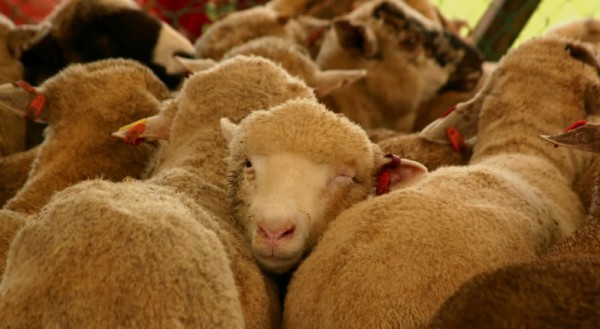 The Urdu and persian word Qurbani (Sacrificial slaughter) is derived from the Arabic word Qurban. Lexically, it means an act performed to seek Allah’s pleasure. Originally, the word Qurban included all acts of charity because the purpose of charity is nothing but to seek Allah’s pleasure. But, in precise religious terminology, the word was later confined to the sacrifice of an animal slaughtered for the sake of Allah.

The sacrifice of an animal has always been treated as a recognized form of worship in all religious orders originating from a divine book.

Even in pagan societies, the sacrifice of an animal is recognized as a form of worship, but it is done in the name of some idols and not in the name of Allah, a practice totally rejected by Islam.

In the Shari’ah of our beloved Prophet, Sall-Allahu alayhi wa sallam, the sacrifice of an animal has been recognized as a form of worship only during three days of Zulhijjah, namely, the 10th, 1lth and 12th of the month. This is to commemorate the unparalleled sacrifice offered by the Prophet Sayyidina Ebrahim, Alayhi Salaam, when he, in pursuance to a command of Allah conveyed to him in a dream, prepared himself to slaughter his beloved son, Sayyidina Ismail, Alayhi Salaam, and actually did so but, Allah Almighty, after testing his submission, sent down a sheep and saved his son from the logical fate of slaughter. It is from that time onwards that the sacrifice of an animal became an obligatory duty to be performed by every well to do Muslim.

Qurbani is a demonstration of total submission to Allah and a proof of complete obedience to Allah’s will or command. When a Muslim offers a Qurbani, this is exactly what he intends to prove. Thus, the Qurbani offered by a Muslim signifies that he is a slave of Allah at his best and that he would not hesitate even for a moment, once he receives an absolute command from his Creator, to surrender before it, to obey it willingly, even if it be at the price of his life and possessions. When a true and perfect Muslim receives a command from Allah, he does not make his obedience dependent upon the command’s reasonability’ as perceived through his limited understanding. He knows that Allah is All-knowing, All-Wise and that his own reason cannot encompass the knowledge and wisdom underlying the divine command. He, therefore, submits to the divine command, even if he cannot grasp the reason or wisdom behind it.

This is exactly what the Prophet Ebrahim, Alayhi Salaam, did. Apparently, there was no reason why a father should slaughter his innocent son. But, when came the command from Allah, he never asked about the reason for that command, nor did he hesitate to follow it. Even his minor son when asked by his father about the dream he had seen, never questioned the legitimacy of the command, nor did he pine or whine about it, nor did he ask for one good reason why he was being slaughtered. The one and only response he made was:

’Father, do what you have been ordered to do. You shall find me, God willing, among the patient”.

The present-day Qurbani is offered in memory of this great model of submission set before us by the great father and the great son. So Qurbani must be offered in our time emulating the same ideal and attitude of submission.

This, then, is the true philosophy of Qurbani. With this in mind, one can easily unveil the fallacy of those who raise objections against Qurbani on the basis of economic calculations and depict it to be a wastage of money, resources and livestock. Unable to see beyond mundane benefits, they cannot understand the spirit Islam wants to plant and nourish among its followers, the spirit of total submission to Allah’s will which equips man with most superior qualities so necessary to keep humanity in a state of lasting peace and welfare.

Qurbani is nothing but a powerful symbol of the required human conduct vis-à-vis the divine commands, however “irrational” or “uneconomic” they may seem to be in their appearance. Thus, the distrustful quest for mundane economic benefits behind Qurbani is, in fact, the negation of its real philosophy and the very spirit underlying it.

No doubt, there are in every form of worship ordained by Allah, certain worldly benefits too, but they are not the main purpose of these prescribed duties, nor should they be treated as a pre-condition to submission and obedience. All acts of worship, including Qurbani, must be carried out with a spirit of total submission to Allah, irrespective of their economic, social or political benefits. This is what Ebrahim, Alayhi Salaam, did, and this is what every true Muslim is required to do,

Keeping this in view, we are giving here some rules governing the worship of Qurbani in our Shari’ah according to the Hanafi School.

The Time of Qurbani

Qurbani can only be performed during the three days of Eid, namely the 10th, 1lth and 12th of Zul Hijjah. It is only in these days that slaughtering of an animal is recognized as an act of worship. No Qurbani can be performed in any other days of the year.

Although Qurbani is permissible on each of the three aforesaid days, yet it is preferable to perform it on the first day i.e. the 10th of Zul Hijjah.

Qurbani can also be performed in the two nights following the Eid day, but it is more advisable to perform it during daytime.

Who is Required to Perform Qurbani?

Every adult Muslim, male or female, who owns 613.35 grams of silver or its equivalent in money, personal ornaments, stock-in-trade or any other form of wealth which is surplus to his basic needs, is under an obligation to offer a Qurbani. Each adult member of a family who owns the above mentioned amount must perform his own Qurbani separately. If the husband owns the required quantity, but the wife does not, the Qurbani obligatory on the husband only and vice-versa. If both of them have the prescribed amount of wealth, both should perform Qurbani separately.

However, if a husband or a father, apart from offering his own Qurbani, gives another Qurbani on behalf of his wife or his son, he can do so with their permission.

No Alternate for Qurbani

Some people think that instead of offering a Qurbani they should give its amount to some poor people as charity. This attitude is totally wrong. Actually, there are different forms of worship obligatory on Muslims. Each one of them has its own importance and none of them can stand for the other. It is not permissible for a Muslim to perform salaah instead of fasting in Ramadan, nor is it permissible for him to give some charity instead of observing the obligatory Salaah. Similarly, Qurbani is an independent form of worship and this obligation cannot be discharged by spending money in charity.

However, if somebody, out of his ignorance or negligence, could not offer Qurbani on the three prescribed days (10th, 1lth and 12th Zul Hijjah) then, in that case only, he can give the price of a Qurbani as Sadaqah to those entitled to receive Zakaat. But during the days of Qurbani no Sadaqah can discharge the obligation.

The Animals of Qurbani

The following animals can be slaughtered to offer a Qurbani:

1. Goat, either male or female, of at least one year of age.

2. Sheep, either male or female, of at least six months of age.

3. Cow, ox buffalo of at least two years of age.

4. Camel, male or female, of at least five years of age.

One head of goat or sheep is enough only for one person’s Qurbani. But as for all other animals like cow, buffalo or camel, one head of each is equal to seven offerings thus allowing seven persons to offer Qurbani jointly in one such animal.

If the seller of animal claims that the animal is of the recognized age and there is no apparent evidence to the contrary; one can trust his statement and the sacrifice of such an animal is lawful.

The following defective animals are not acceptable in Qurbani:

1. Blind, one eyed or lame animal.

2. An animal so emaciated that it cannot walk to its slaughtering place.

3. An animal with one-third part of the ear or the nose or the tail missing.

4. An animal that has no teeth at all, or the major number of its teeth are missing.

5. An animal born without ears.

The following animals are acceptable in Qurbani:

1. A castrated he – goat. (Rather, its Qurbani is more preferable).

2. An animal that has no horns, or its horns are broken. However, if the horns of an animal are uprooted totally so as to create a defect in the brain, its Qurbani is not lawful.

3. An animal the missing part of whose ear, nose or tail is less than one third.

4. A sick or injured animal, unless it has some above mentioned defects rendering its Qurbani unlawful.

The Sunnah Method of Qurbani

It is more preferable for a Muslim to slaughter the animal of his Qurbani with his own hands. However, if he is unable to slaughter the animal himself, or does not want to do so for some reason, he can request another person to slaughter it on his behalf. In this case also, it is more preferable that he, at least, be present at the time of slaughter. However, his absence at the time of slaughter does not render the Qurbani invalid, if he has authorized the person who slaughtered the animal on his behalf. It is a Sunnah to lay the animal with its face towards the Qiblah, and to recite the following verse of the Holy Quran:

I, being upright, turn my face towards the One who has created the heavens and the earth, and I am not among those who associate partners with Allah. ( Al-An’am, 6:79)

Distribution of the Meat

If an animal is sacrificed by more than one person, like cow or camel, its meat should be distributed equally among its owners by weighing the meat strictly and not at random or by mere guess. Even if all the partners agree on its distribution without weighing, it is still not permissible according to Shariah.

However, if the actual weighing is not practicable due to some reason, and all the partners agree to distribute the meat without weighing, distribution by guess can be done with the condition that each share necessarily contains either a leg of the animal or some quantity of its liver.

Although the person offering a Qurbani can keep all its meat for his own use, yet, it is preferable to distribute one-third among the poor, another one-third among his relatives and then, keep the rest for his personal consumption.

All parts of the sacrificed animal can be used for personal benefit, but none can be sold, nor can be given to the butcher as a part of his wages. If somebody has sold the meat of the Qurbani or its skin, he must give the accrued price as Sadaqah to a poor man who can receive Zakaat.

On behalf of MuslimVillage.com, Eid Mubarak to you and your loved ones. Inshallah it is celebrated with much joy and happiness.

Don’t forget those less fortnuate in your dua.