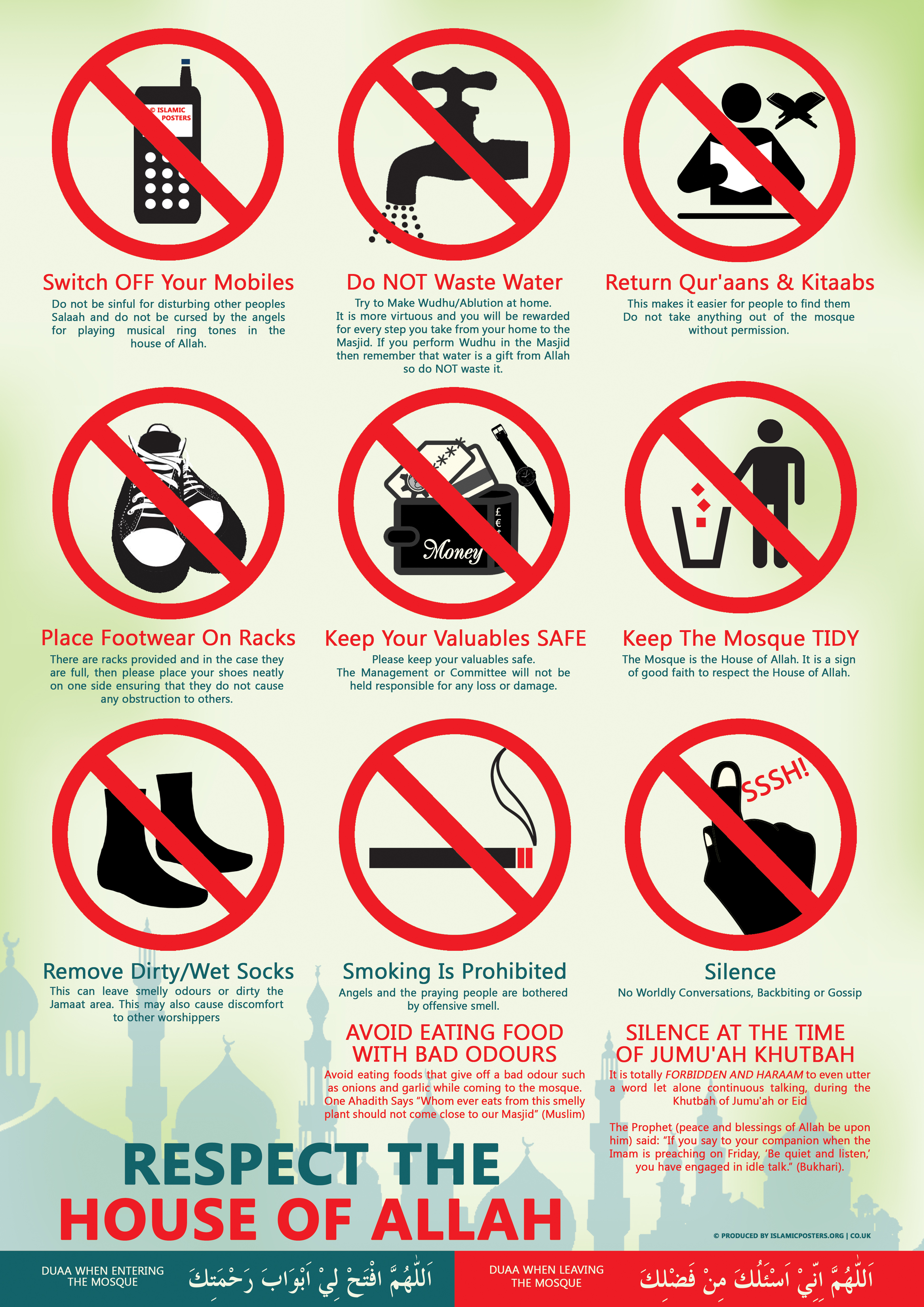 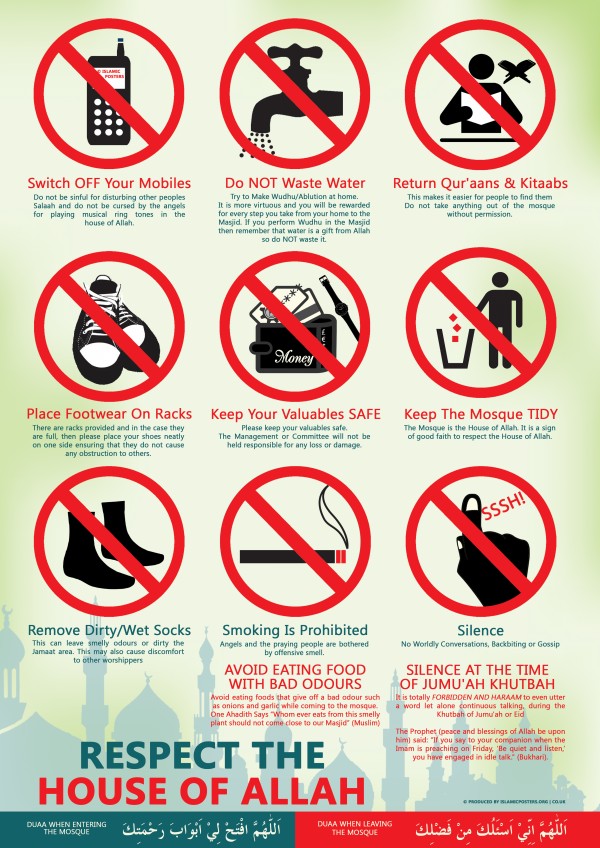 The religion of Islam has rules of etiquette and manners covering every aspect of life. These are applicable for the whole society, the old and the young, men and women. These manners cover even minor acts such as entering or exiting a bathroom, posture while sitting and cleaning oneself.

Abdullah Ibn Al- Mubarak said: “Mukhlid Ibn Al-Hussain once said to me, we are more in need of acquiring adab (etiquettes) than learning Hadith.” If this statement was true several centuries ago then it is truer now. The mere acquisition of knowledge alone is insufficient to build a sound and balanced Islamic personality. This is why Imam Zakariya Al-Anbari once said: “Knowledge without adab is like fire without wood and adab without knowledge is like a spirit without a body.”

Imam Ibn al-Qayyim quoted the early Sufis as saying: “Tasawwuf is good manners and anyone who surpasses you in manners is better than you in Tasawwuf.” Ibn al-Qayyim comments on this by saying, “No, the Deen (of Islam) itself is manners. Anyone surpassing you in manners is better than you in the Deen. This is true as we need only quote the Hadith related in Al-Bukari wherein the Prophet (Allah’s blessings and peace be upon him) says: “I have been sent (as a messenger) for the perfection of morals.”

The more dignified the manners, the more stable and vibrant the social fabric of the society. But sadly, we live in times where adab is lacking at all levels of society. We live in an ‘adab-less’ society where parents are disrespected, teachers are not treated with due honour, elders are not given their due rights and the basic manners of eating, drinking, visiting, appearance and conversation are not observed. So sad is the predicament that books have to be written and lectures having to be delivered in order to teach adab. Traditionally, adab was not something that was formally taught, it was something acquired and embodied in the very interaction between people. The importance of manners is such that though they may seem trivial but the actions of a believer may be rendered null and void if manners are lacking.

“O you who believe, raise not your voices above the voice of the prophet, nor speak aloud to him in talk, as you speak aloud to one another, lest your deeds may be rendered while you perceive not.”

Many of the Muslims, especially the youth of today, are not ill-mannered because of intentionally failing to abide by basic manners, but because they are truly ignorant of what manners are.

Many books have been written on this subject but especially the following two should be studied (1) Aadabul Muaasharat written by Sheikh Ashraf Ali Thanwi (2) Khasail Nabawi which is the commentary of Shamail Tirmizi written by Sheikh Muhammad Zakariyya Kaandhlawi.