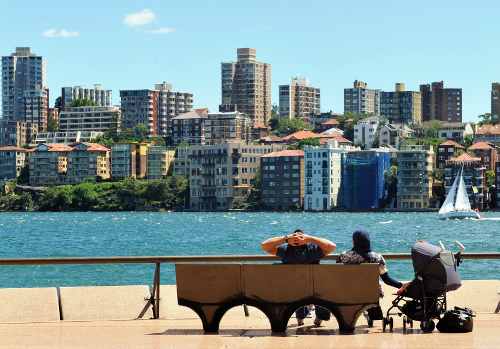 Australian Muslims have benefitted immensely from Australian multiculturalism. Australia’s legislative safeguards against racial and religious vilification and a commitment to cultural diversity, albeit fluctuating, have given Muslim community organisations a chance to challenge streaks of racism and intolerance.

But we should not lull ourselves into a false sense of security. The opening of a corner kebab shop or the occasional token Muslim on ABC TV does not mean that Muslims are universally accepted as part of the Australian mosaic.

The future of Australian Muslims is contingent, to a large extent, on the good will of the government of the day. Changes at the top can have profound implications for community relations. The Howard era, marked by its conspicuous retreat from multiculturalism, created a political atmosphere ripe for the rise of racial and religious intolerance. The Cronulla riot (2005) was an ugly manifestation of this slide away from tolerance of difference.

Despite the unfavourable political environment, made worse by every terrorist attack beyond our shores, a number of Muslim organisations have tried to be proactive in relation to the challenges facing the community.

The Islamic Council of Victoria, for example, has demonstrated great agility in transforming itself into an outward looking organisation in the last decade. It overcame the initial knee-jerk reaction of adopting a victim mentality and opted for proactive engagement with other community groups, the law enforcement and the media. This approach has made the ICV the first port of call for the state government when dealing with issues of radicalization and extremism.

Another example, again in Victoria, is the Australian Intercultural Society. While the name is somewhat misleading, the AIS has been at the forefront of engaging policy and opinion makers on issues that relate to Muslims. This is a distinctly different approach, as the AIS tends to focus on VIP events by invitation only. Hobnobbing with those in authority, and its support base among the Turkish community, has allowed AIS to establish itself as a serious player.

This image was strengthened in 2007 when it funded the establishment of a Chair in Muslim-Catholic Understanding at the Australian Catholic University.

This is an impressive record of proactive engagement. But it has its limits. Muslims still constitute a marginalised community. The 2011 Census data puts Muslim unemployment at 4.5 per cent. While this is better than the 2006 census figure of 5.9 per cent, it is nearly twice the 2011 national average of 2.7 per cent.

Australian Muslims are three times less likely to own their dwelling than non-Muslims and twice as likely to be renting.

These figures point to an obvious imbalance. The problem, as it turns out, is that this imbalance is persistent. The emerging socio-economic picture from the 2011 Census reproduces the same gap between Muslims and the rest of the country evident in previous census figures.

In 2010 Ed Husic the first and only Muslim MP was elected to the federal parliament. This was a major step forward.

But Muslims have a long way to go before their presence at the top can be considered ‘normal’. Unlike the Jewish presence that is generally taken for granted, Muslim participation at the top of the political establishment raises eyebrows and causes not-so-subtle innuendos about a hidden agenda, as Husic discovered during his electoral campaign.

Australian Muslims appear to have made significant headway, particularly in Victoria, reflecting the long-standing commitment of the state government to multiculturalism and religious tolerance. This commitment is mirrored in various state departments, notably in the way VicPolice engages with community organisations.

However, the other side of the coin is that the above gains are not irreversible. They are contingent on the good will of office holders. In event of a changing tide at the federal or the state level, Muslim’s marginal status means that they have no political muscle to correct a turn towards intolerance.