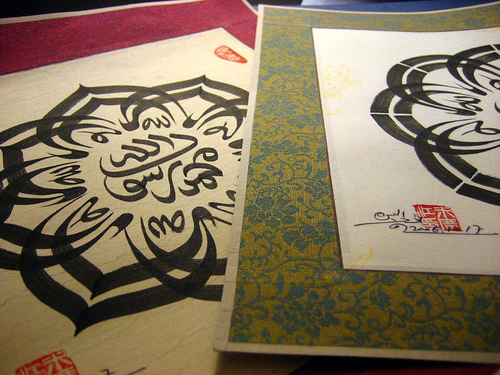 “The first obligation upon the legally responsible is correcting their faith”

The above quote is a standard statement made by many scholars when writing a book on fiqh. Creed is the number one concern for a student of sacred knowledge and it must be corrected before they can proceed further in their studies.

Beyond space and time, un-caused, having no beginning, and no end. Directionality does not apply to Him. He is not near you or far from you. Closer to you than your jugular vein, but not inside of you while also not outside of you. Rules have no bearing on Him. 70,000 veils of darkness and light veil the Creation from His essence. Completely dissimilar to His Creation, and absolutely necessary for its existence.

While these statements seem perplexing when they are read, hearing them from Dr. Umar Faruq Abd-Allah gives the opposite impression. Speaking to our hearts while addressing our minds is not an easy task, and Dr. Umar managed to do it seamlessly.

The majesty of God was being revealed as each class took place, and we were all reminded of the awe we had for our Lord when He asked, “Am I not your Lord?” “Indeed!” we have testified and in unison our hearts were manifesting the Divine Attributes of Constriction and Expansion as they beat with His name: Allah.

In this day and age of confusion, manifest sophistry, and blind imitation in faith, the subject of Islamic Creed (‘Aqidah) has become ever more important to study. In this course, Dr. Umar covered the basic, yet extremely important text The Creed of Deliverance (‘Aqidat Al-Najaat) by Muhammad ibn Ja’far al-Kattani al-Hasani al-Fasi.

The importance of this subject became manifest when the topics of how one should acquire knowledge, the role of empiricism and pure reason, and the relationship between the physical and metaphysical realms are brought to light. Unlike other areas of traditional Islamic studies, the study of creed truly brings out the genius of our scholars and depth of our tradition to the limelight in a way no other study can.

Knowledge of the necessity of the necessary, the possibility of the possible, and the impossibility of the impossible, will enable one to think clearly about matters of faith. Dr. Umar’s presence resulted in a majestic form of knowledge to reveal itself during hiss classes, as he showed how rationally succinct Islamic theology is given the way it coincides with human reason. More importantly, it is this type of knowledge that will engender in the hearts of the believers a deeper reverence for the Divine.

“Verily only those of His servants who possess knowledge fear Allah”