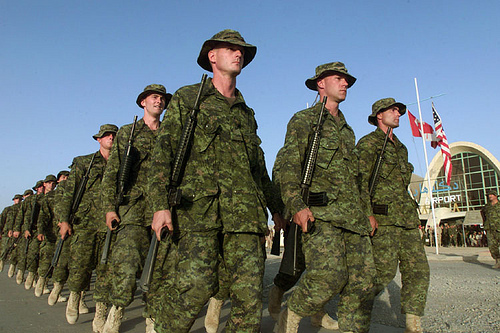 It comes as no surprise, the passive acceptance portrayed by mainstream media to the creation of the recent Internet-film on Youtube defaming Islam and Prophet, Muhammad peace be upon him, and his holy progeny.

Before commenting on the audacity of the filmmaker and the generalized acceptance of mass media for such discriminatory and insulting form of “freedom of expression,” respected readers need to be aware of a few facts.

According to Islamic sources 124,000 prophets were divinely appointed since the inception of humanity, starting with Prophet Adam and ending with Prophet Muhammad, peace be upon them, and their holy progenies. These righteous leaders strove to guide humanity at their respective time points towards the Omnipotent Creator. Their mission, unanimously, was to serve as an active reminder that this life is but a transitory state of trial and travel back to our original source, Almighty God, who will judge and equate our ultimate destinies based on the paths we tread in our lifetime.

As a Muslim, I am actively against not only this offensive and despicable portrayal of Prophet Muhammad, but of every other film and production made to defame other prophets of God, as witnessed in various comedy shows, books and movies in different parts of the world, especially in Europe and the West.

The passive acceptance of the notion of “freedom of expression” has trespassed and continues to violate the rights of others. Today the world is witnessing perhaps the dirtiest page in the record of human history, as truth is presented as falsehood and falsehood is blindly accepted as truth.

In September of 2011, in an interview with CBC on national safety, Canadian prime minister publicly spread Islamophobic messages, parroting the agenda of the internationally oppressive and bully-like regime of the United States. He denotes “Islamism” as being the most active danger “on the security radar in terms of an actual threat.” What is expected of a nation, whose leader is not man enough to stand by the truth and shamelessly orchestrates the political double standard of carrying the banner of a welcoming nation in one hand and spreading hate messages and false facts against religious groups and minorities therein with the other.

The sadness of such notion extends further, as the public only now, after over a decade of oppression and over one million innocent lives lost, comes to learn that the war on Iraq for search of “threatening weapons of mass destruction” was but a false excuse, internationally propagated to pursue further hate crimes in the name of “democracy” and “fight against terror.” All this, backed unfortunately not only by our government and army forces, but also by the tax dollars we entrust our government towards the benefit of humanity here and abroad.

The terrorizing of other nations continues, and the world remains silent. Drone killings initiated by the United States, targeting civilians (mostly Muslim) in Somalia, Afghanistan and Pakistan are supported by NATO nations and received no active intervention of condemnation and termination from the United Nations.

The United States is hiring terrorist groups in countries like Libya and Syria, in an effort to destabilize these countries and expand the neocolonial base; but mass media will have us believe that they are going there to establish peace and security. The American government publicly announced their utilization of connections with Al-Qaeda members in Syria to achieve their political tactics for “protection of the Syrian people,” the same group that was once an international threat to security, which is now contributing to the daily targeting and murder of innocent civilians. All of this, silently, but actively, backed by NATO nations and ultimately every cent of our tax dollar misused by our so-called responsible leaders.

Just over a week ago, the Iranian embassy underwent a forced closure mandated by the Canadian government, and 5 days for all its diplomats and employees to evacuate the premises and leave the country. One cited reason behind this blind pursuit of American footsteps and illegal sanctions against Iran, was Iran’s “increasing military assistance to (Syria’s) Assad regime.” No forewarning was given to these people, nor was a back plan made to thousands of international students whose fate is yet to be determined. But being Muslim and coming from a country that takes an active stance against oppression are enough grounds for our government’s irrational actions, amongst many others.

The movie created recently, whether backed by political motives (likely so given the deceiving trends of the superpowers and NATO nations) or not, is an active act of racism and hate towards Muslims and Islam. As a Canadian I will not stand silent in the face of such discriminatory Islamophobic outlets and actively call for the removal of this video from the web. I further call upon our leaders in Parliament to take an active stance in condemning this movie and advocating for legal action to be taken against the perpetrators behind its production no matter how benign their advertised intents may be.

Lastly, Islamophobic messages like these need to be actively reprimanded, just as equally as other hate messages. Moreover, as Canadian citizens we must advocate for further international awareness amongst our masses and increasing pressure on our government to properly channel the entrusted tax funds towards goals publicly announced and accepted by the average Canadian voter.

I further this active stance against our government’s involvement, as part of the NATO wave of international oppression, by calling onto the hearts of conscience across the nation to stand alongside and pursue all that is within their peaceful and constructive means to protect our human dignity and those of our brothers and sisters in humanity across the globe.