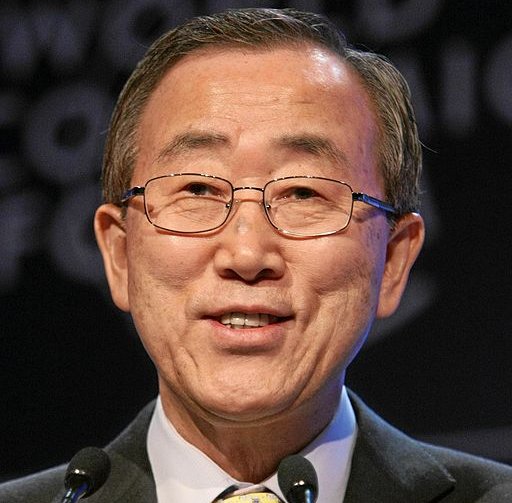 GENEVA – U.N. Secretary-General Ban Ki-moon has condemned the Syrian government and rebel groups for choosing violence and force rather than dialogue. In an opening speech to a three-week session of the U.N. Human Rights Council, Ban also rebuked the U.N. Security Council for failing to take a unified stance to end the Syrian crisis.
Ban told delegates he is troubled by bombardments of civilians by government forces in Syria. He expressed concern at the increasing sectarian tensions, the deteriorating humanitarian situation, and an unwillingness of the warring parties to end the violence through peaceful means.
He commended the U.N. Human Rights Council and U.N. General Assembly for acting in response to the crisis in Syria, while criticizing the Security Council for remaining divided on the issue.
“All of this complicates our efforts to facilitate a transition and promote the peace the Syrian people deserve,” he said. “I encourage this council to maintain its vigilance on Syria, including on the question of accountability.”
“We must ensure that anyone, on any side, who commits war crimes, crimes against humanity or other violations of international human rights or humanitarian law is brought to justice,” he said.
Envoy in Cairo

Ban urged nations and Syrians to unite behind the diplomatic efforts of the new U.N.-Arab League envoy, Lakhdar Brahimi.
Brahimi is in Cairo for meetings with Egyptian President Mohamed Morsi and Arab League officials before an expected trip to Damascus, his first as special envoy. A spokesman for Brahimi said the date of the visit to Syria will be fixed once the final details are set.
Brahimi said Monday after talks with Arab League Secretary-General Nabil al-Arabi that his mission is “very difficult” but added “it is not my right to refuse to give whatever assistance I can to the Syrian people.”
Asked if he would meet Syria’s President Bashar al-Assad, Brahimi said: “I hope to but I don’t know.”
The previous envoy, Kofi Annan, stepped down at the end of August after delivering a blistering criticism of the failure of world powers to stop the violence. The U.N. estimates more than 20,000 people have been killed since March 2011.
Rights violations
In Geneva, the U.N. High Commissioner for Human Rights, Navi Pillay, expressed her continuing concern at the conflict in Syria. She said the use of heavy weapons by the Syrian government and the shelling of populated areas have resulted in high numbers of civilian casualties and led to a growing humanitarian crisis.
“I am concerned that they may amount to war crimes and crimes against humanity. I am equally concerned about violations by anti-government forces, including murder, extrajudicial execution and torture as well as the recently increased use of improvised explosive devices.”
Pillay called on the Syrian government to give access to an independent commission of inquiry to assess violations.
More violence
The Britain-based Syrian Observatory for Human Rights said at least five people were killed Monday when government planes bombed a series of opposition-held districts in Aleppo.
There were also reports of casualties in the capital, Damascus, and in the southern city of Daraa.
It was not possible to verify government and opposition casualty figures independently.
Syrian security forces and rebels have been battling for control of Aleppo for months. The fighting has damaged water pipes in Syria’s commercial capital and led to water shortages, which the two warring sides have blamed on each other.
Activists say the Syrian conflict has killed at least 27,000 people. The United Nations puts the death toll at 20,000.

VOA’s Mark Snowiss contributed to this report from Washington.