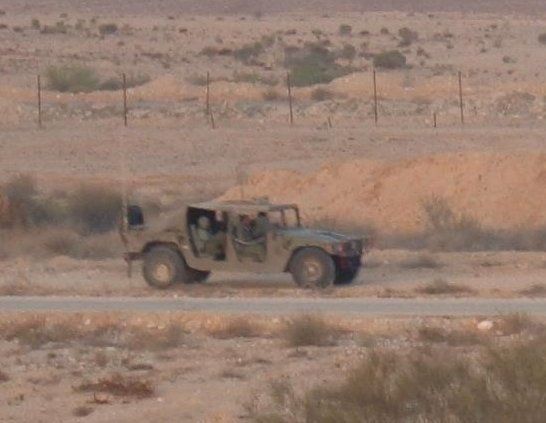 Egypt and Israel are coordinating on Cairo’s biggest security sweep in decades against fighters in Sinai, an army spokesperson said in the first clear statement on communication between the neighbours.

Colonel Ahmed Mohamed Mohamed Ali told a news conference in Cairo on Saturday that 32 “criminal elements” were killed and 38 suspects arrested, including non-Egyptians, during the operation which began on August 7.

“Egypt is coordinating with the Israeli side over the presence of Egyptian armed forces in Sinai. They know this,” he said. “The deployment of the armed forces on all the territory of Sinai is not a violation of the peace treaty between Egypt and Israel.”

An Israeli diplomatic source, who asked not to be identified, confirmed Ali’s comments and told the AP news agency there was a “fluid dialogue between Israel and Egypt”.

“The operation will continue until its goals have been achieved … These are not just military goals but also developmental goals for the Sinai,” Ali said.

The sweep began after fighters killed 16 border guards on August 5 in the worst attack since Egypt’s 1973 war with Israel.

Ali said the operation “will continue until its goals have been achieved … These are not just military goals but also developmental goals for Sinai”.

Bedouin tribes in the area have long complained of neglect by the central government.

Hundreds of troops with tanks, armoured vehicles and helicopters were sent to Sinai in a joint operation with police
to raid hideouts, arrest suspects and seize weapons.

The Egyptian military is replacing some of its heavy tanks in Sinai with light armoured vehicles, security sources said this week.

Ali rejected the idea Egypt was pulling out its heavy equipment in response to pressure from Israel. He said the operation was entering a new phase that required different equipment.