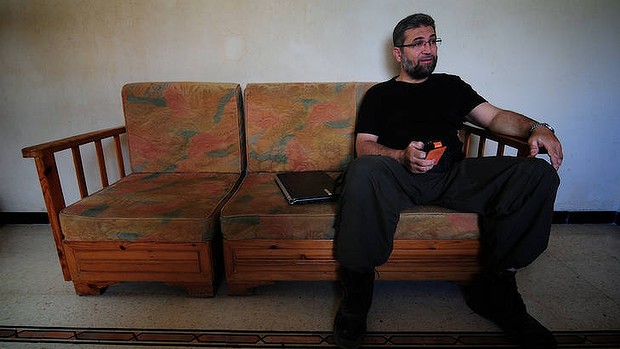 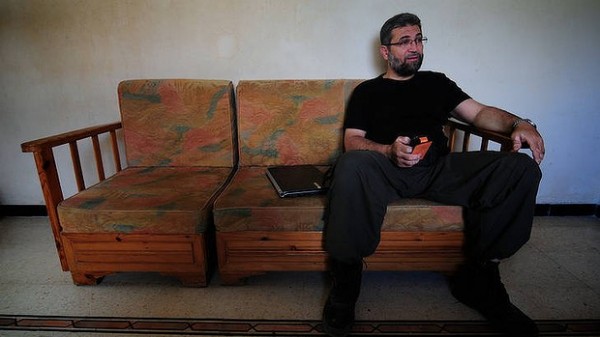 IT WAS not a place you would expect to run into one of Australia’s leading imams.

I was in a house in the all-but-deserted northern Syrian town of Salma, where the police stations and other key government buildings lie in rubble. There were only rebels on the roads and the constant boom of tank shelling and rocket fire from the Syrian Army punctuated the otherwise peaceful mountain setting.

The house had been commandeered by the commander of the battalions of Free Syrian Army soldiers in Jabal al-Akrad – Lieutenant-Colonel Abu Ahmad – and it was a hive of constant activity, even during the usually quiet holy month of Ramadan.

Brigade leaders from the area came and went, deliveries of round flat-bread arrive for distribution to soldiers and those left in the villages, a doctor from the field hospital came to talk casualties and deaths.

Dressed casually in long, army-green cargo pants and a short-sleeved black T-shirt, he was barely recognizable from our previous chance meeting in April at a school for Syrian refugees in Antakya, Turkey.

Dr Majzoub, who is also an adjunct lecturer in Islamic studies at Charles Sturt University, has been working in Turkey with the Syrian National Council for nine months and, it seems, making regular visits to Syria.

‘What hat are you wearing today?” I asked.

”That will take more than a one-word explanation and I am about to go into a meeting,” he replied with a smile, then disappeared into the back of the house with Colonel Abu Ahmad and a group of brigade leaders.

The divided Syrian National Council, with its very public internal battles and inability to provide a coherent opposition for international powers to back in the way that Libya’s National Transitional Council did in its revolution, is a constant source of frustration for the rebel soldiers on the front lines.

But while Dr Majzoub, who was born in the northern Syrian province of Latakia, was less than forthcoming about his mission, Colonel Abu Ahmad, a former senior officer in the Syrian Army pushed out for his vocal support of the revolutions in Tunisia, Egypt and Libya, was happy to explain.

”Sometimes they send Fedaa Majzoub as a representative from the Syrian National Council to assure us they are representing us … to try and unify opinion.

”Of course, there is resentment that the council cannot unify, that they are always fighting each other, and we believe all their problems are delaying the aims of the revolution.”

But, he said, the disunity of the council was not the main problem. That lay with the international community ”for not sincerely pushing Bashar al-Assad to stand down.

”They do not have to do it by force but they must do it. We cannot have this fight alone.”

The rebels are significantly outgunned by the Assad regime. Even if they win on the ground, as they have in many suburbs in the commercial centre of Aleppo and in Jabal al-Akrad, they are incapable of fighting back against Mr Assad’s helicopters, fighter jets and tanks.

I emailed Dr Majzoub to see if we could meet again while he was in Syria. He replied that he had left Jabal al-Akrad and was in another part of Latakia province, and offered to meet when he returned to Turkey.

It is not yet clear whether his attempts to build bridges between the Free Syrian Army in Latakia and the National Council will be successful. Meanwhile, a humanitarian crisis continues to unfold for Syrian civilians caught in the crossfire – and the death toll keeps rising