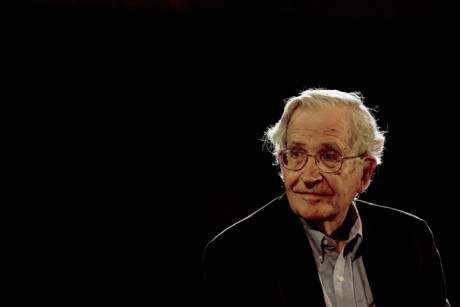 July 10, 2012  | Editor’s note: This column is adapted from an address by Noam Chomsky on June 19 at the University of St. Andrews in Fife, Scotland, as part of its 600th anniversary celebration.

Recent events trace a threatening trajectory, sufficiently so that it may be worthwhile to look ahead a few generations to the millennium anniversary of one of the great events in the establishment of civil and human rights: the issuance of Magna Carta, the charter of English liberties imposed on King John in 1215.

What we do right now, or fail to do, will determine what kind of world will greet that anniversary. It is not an attractive prospect – not least because the Great Charter is being shredded before our eyes.

The first scholarly edition of the Magna Carta was published in 1759 by the English jurist William Blackstone, whose work was a source for U.S. constitutional law. It was entitled “The Great Charter and the Charter of the Forest,” following earlier practice. Both charters are highly significant today.

The first, the Charter of Liberties, is widely recognized to be the cornerstone of the fundamental rights of the English-speaking peoples – or as Winston Churchill put it more expansively, “the charter of every self-respecting man at any time in any land.”

In 1679 the Charter was enriched by the Habeas Corpus Act, formally titled “an Act for the better securing the liberty of the subject, and for prevention of imprisonment beyond the seas.” The modern harsher version is called “rendition” – imprisonment for the purpose of torture.

Along with much of English law, the Act was incorporated into the U.S. Constitution, which affirms that “the writ of habeas corpus shall not be suspended” except in case of rebellion or invasion. In 1961, the U.S. Supreme Court held that the rights guaranteed by this Act were “(c)onsidered by the Founders as the highest safeguard of liberty.”

More specifically, the Constitution provides that no “person (shall) be deprived of life, liberty or property, without due process of law (and) a speedy and public trial” by peers.

The Department of Justice has recently explained that these guarantees are satisfied by internal deliberations in the executive branch, as Jo Becker and Scott Shane reported in The New York Times on May 29. Barack Obama, the constitutional lawyer in the White House, agreed. King John would have nodded with satisfaction.

The underlying principle of “presumption of innocence” has also been given an original interpretation. In the calculus of the president’s “kill list” of terrorists, “all military-age males in a strike zone” are in effect counted as combatants “unless there is explicit intelligence posthumously proving them innocent,” Becker and Shane summarized. Thus post-assassination determination of innocence now suffices to maintain the sacred principle.

This is the merest sample of the dismantling of “the charter of every self-respecting man.”

The companion Charter of the Forest is perhaps even more pertinent today. It demanded protection of the commons from external power. The commons were the source of sustenance for the general population – their fuel, their food, their construction materials. The Forest was no wilderness. It was carefully nurtured, maintained in common, its riches available to all, and preserved for future generations.

By the 17th century, the Charter of the Forest had fallen victim to the commodity economy and capitalist practice and morality. No longer protected for cooperative care and use, the commons were restricted to what could not be privatized – a category that continues to shrink before our eyes.