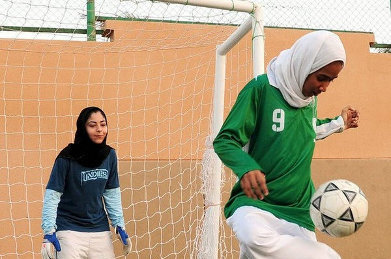 Activity is critical to long-term health.

A new report says one-third of the world’s adults are physically inactive, and that 5 million people die every year as a result of a sedentary lifestyle — a rate that is as high as deaths from smoking. The report, published in the prominent medical journal “The Lancet,” says three out of every 10 people aged 15 years or older across the globe are not meeting basic recommendations for weekly physical activity.

The situation for adolescents is even more worrying, with four out of five 13- to 15-year-olds not getting sufficient exercise.

The “Lancet” report, whose publication is timed to coincide with the start of the Summer Olympic Games in London at the end of July, describes the problem as “pandemic.”

Moderate activity is defined as brisk walking, cycling, or gardening.

Jogging and lap swimming are included among more vigorous activities.

The human body requires exercise to help bones, muscles, the heart, and other organs function at their best.

Regular exercise has become less common in recent years, particularly in developed countries like Britain and the United States, which have some of the highest obesity rates in the world.

And the problem is seen as spreading to less wealthy nations, as people spend more time in cars and in front of computers.

Physical inactivity is seen as increasing with age, and is more prevalent among women than men.

The “Lancet” report says a lack of exercise could be blamed for more than 5.3 million of the 57 million deaths worldwide in 2008.

Such figures, the journal says, puts inactivity on a par with smoking as one of the world’s leading causes of death.

Other figures that the study mentioned include numbers for Bosnia-Herzegovina (9 percent) , Croatia (6.3 percent), Iran (9.9 percent), Kazakhstan (8.4 percent), and Pakistan (10.8 percent).

The “Lancet” says reducing inactivity by 10 percent could eliminate more than 500,000 deaths every year.

The journal calls for global efforts to promote physical exercise with initiatives such as improving safety standards for pedestrians and cyclists, providing more physical education classes in schools, and creating more spaces like parks where people can exercise for free in public.

With reporting by thelancet.com, bbc.co.uk, and AFP