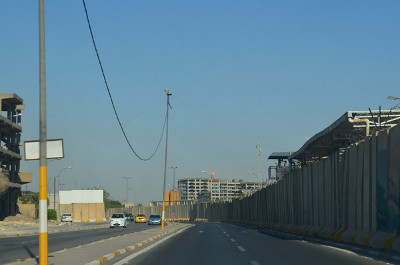 At least twelve people have been killed in bombings across the Iraqi capital, one of which targeted a tribal sheikh in southern Baghdad.

Gunmen planted three bombs in the house of Hatim al-Mansouri, the leader of a pro-government Awakening militia in the Wahda district.

Mansouri was not injured, but his wife, daughter and son were all killed in the blast, according to police sources.

In the Ghazaliya district in western Baghdad, meanwhile, a roadside bomb killed three children from the same family and wounded three others, police said.

More than 180 people have been killed in June across Iraq in bombings targeting mainly Shia pilgrims and shrines, as political and sectarian tensions run high.

Iraq’s Shia, Sunni and Kurdish factions have been locked in political disputes since US troops withdrew in December.

Opponents of Shia prime minister Nouri al-Maliki have accused him of trying to consolidate power at their expense.

Underscoring the political dispute, Maliki warned on Wednesday that he would call for early elections unless other political parties agree to negotiate to end a crisis over power-sharing.

A government spokesman said Maliki’s statement was not an immediate call for an early ballot.

“If the other party refuses to sit at the negotiating table and insists on creating crisis after crisis … then the prime minister finds himself compelled to call early elections,” a statement from Maliki’s office said.

Iraq’s next parliamentary election is not scheduled until 2014, but the current coalition government has been mired in political infighting since it was formed 18 months ago, after an inconclusive 2010 vote.

According to Iraq’s constitution, the prime minister can petition the president’s office to dissolve the parliament and trigger early elections within 60 days.