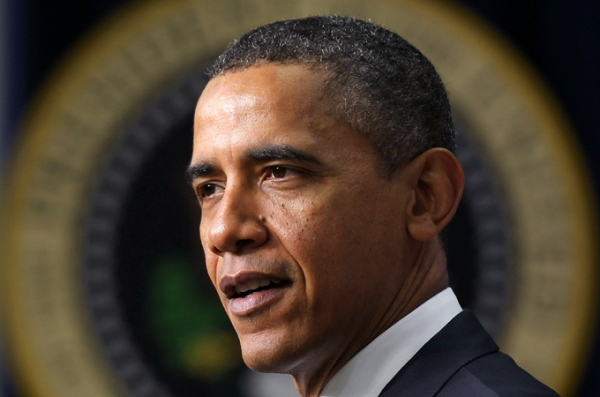 Washington, DC – Talk of war is in the air. In the US, one can hardly pick up a newspaper or magazine, or tune in to a public affairs show without encountering speculation about hostilities with Iran. The conservative right is fairly clambering for conflict, and even parties not normally associated with them – the Washington Post comes to mind – are just a step or two behind in demanding clear “red lines” to trigger the first salvo.

Those to the left of centre are notable for their hand-wringing passivity. They whine about the daunting risks and pallid potential gains of a strike against Iran’s nuclear facilities, but lack the moral conviction to make any compelling counter-argument.

Most prominent in the latter ranks is the Obama administration itself. It clearly has no taste for war with Iran, and just as clearly fears what the Israelis might do, but cannot say so, for fear of crippling itself politically. And so it assumes a seemingly safe middle ground, posturing, in coded language, that “all options are on the table”, while hoping against hope that increasingly stringent sanctions and the thinly veiled threat of a conventional military strike will induce Iran to change course before Israel acts.

One reads the stories of firm messages supposedly being passed in private to the Israeli government, warning them against precipitate action – most recently, we are told, by General Dempsey, Chairman of the Joint Chiefs of Staff. What precise messages General Dempsey or others may have delivered we do not know, but it is implausible that anyone in the Netanyahu government, caught up in geo-political hysteria, would heed them. Why should they? What possible credibility can Obama have in making an argument in private that he fears to make in public? With a majority of the US electorate heavily convinced that Iran poses an imminent and mortal threat, and having done as much as anyone to promote this canard, how precisely would the US government sustain a policy of leaving Israel to its own devices after striking a blow ostensibly in its own defence? It could not; and Israel knows it.

Again, no one believes the US will strike Iran first. Observers instead wait to see whether and when Israel will touch off the conflagration.

Such observers are a bit slow on the uptake. In fact, the war between Israel and Iran is already underway, even if the methods employed on both sides are subterranean. No one doubts an Israeli hand behind the recent assassinations of Iranian nuclear scientists; Israel itself will not deny it. And only the willfully naïve could doubt that recent terrorist incidents involving Israeli diplomatic personnel in India and Georgia are connected with Iran, particularly after the highly damaging evidence of direct Iranian complicity in similar, subsequent attack preparations in Thailand.

It is easy to see the motivations behind these actions on both sides, which are reminiscent of the war of assassination which took place between Israel and the PLO in various western capitals in the 1970s. It is harder to see their point, however, as nothing remotely productive or decisive can come of them. The question now is not whether there will be war, as we can already see its wasteful effects, but whether it will expand into the conventional realm, and draw in new participants.

It is prudent at the outset of any form of violent conflict to have some idea of one’s objectives. In virtually all wars, the point of resorting to military means is to arrive at a more favourable, or at least more lasting and stable political arrangement. With Israel and Iran already in violent conflict and perhaps soon to expand the scope of the battle to involve the US, it might be worthwhile, at this early stage, to consider what such a new political arrangement might look like.

Any conventional war involving Israel, the US, Iran and perhaps other regional powers would be a limited one. Military efforts to degrade Iranian nuclear capabilities and defence infrastructure will surely not include an attempt at occupying the country, nor at forcibly removing its government. Even the US would not be capable of doing so, even if it were so inclined. Nor is war likely to induce either the Iranian regime or its people to capitulate on their nuclear programme, regardless of its ultimate intent. Instead, armed intervention is far more likely to swing the Iranians more solidly behind their government and its nationalist agenda, even if that agenda were temporarily set back.

Thus, if the point of conflict from the perspective of Israel and the West were to remove the eventual threat of Iranian nuclear arms, and military means on their own will not be sufficient to achieve such an end, what sort of political arrangement might armed conflict help to precipitate?

It seems reasonable to suppose that an Iranian attempt to acquire nuclear weapons capability would have at least three ends, in probable descending order of importance: To have the asymmetric means to counter overwhelming US conventional armed superiority in the Gulf; to achieve a greater degree of regional prestige and hegemony over the Gulf Arab nations; and to counter the Israeli nuclear threat. Thus, a new political arrangement in the region designed to achieve strategic balance without resort to nuclear weapons, and to win broad regional support would need to include a firm political governor on the unfettered employment of unilateral military means by the US; mutual assurances against internal interference and subversion designed to allay Arab fears of Persian dominance; and a comprehensive regional denuclearisation regime – which would perforce include Israel.

None of these might seem feasible or palatable now. But the world will look different after a messy armed conflict in the Gulf, and what might once have seemed unthinkable might well become imperative. Thus, if Israel and the US, the former actively and the latter passively, are willing to contemplate armed conflict with Iran in order to counter its nuclear intentions, they would do well to plan now for the eventual political adjustments which such a programme will necessarily imply, and to consider, while there is still time, whether they can live with them.