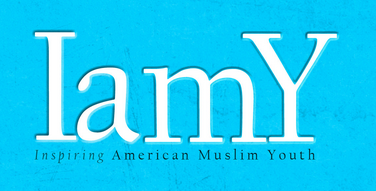 Cradling steaming cups of coffee, a dozen or so committee members sit around four tables arranged in a square.

“Okay. For the Entertainment session . Any ideas?”

“What about a Muslim Family Feud?”

Groans erupt from the room. “Are you kidding me?”

Someone else responds kindly. “It’s the TV game show with the surveys.”

Another committee member theatrically comments, “And the survey says!”

“OH! Give me a break. It’s 7 o’clock in the morning!” Muffled chuckles ensue.

“It could help us be different than all the other conventions,” says one committee member after much thought.

“But if we’re gonna have 2,000 people in the audience, it might get really rowdy.”

“But it’s definitely more entertaining than our Jeopardy idea.”

Noor Suleiman’s pen hovers over her convention notebook. The first page preserves the minutes of the very first convention planning meeting. It’s dated January 2011. Thirteen months of intense planning later, Inspiring American Muslim Youth, or IamY, stands as a youth-led convention committee branching out for national support. Noor is IamY’s meticulous secretary, and perhaps she knows better than anyone how far the committee has come. The drastic increase in action items as the convention date creeps closer is one visual indication.

Reaching a stalemate, Noor and the other committee members pause and look to Emad Hamdeh, the convention committee CEO. Only the slurps of coffee and tea are heard. “I think it’s a good idea. But we’d need a really good family to make it fun. Look for two willing families that’d work.” The meeting is only two hours long, and Hamdeh knows there are still several other things to discuss. He pauses briefly for any objections and then plows on. “Alright, the next thing…”

By The Youth about Youth Issues

The two day family convention will begin on Saturday, March 17 and end Sunday afternoon. Located near what was once known as Giants Stadium, the IamY convention will take place at the Meadowlands Sheraton Hotel in East Rutherford, NJ. With a powerhouse line-up of speakers, an appearance by the Deen Show, an Art Gallery and Auction, bazaar, and a full-fledged separate babysitting program, IamY seeks to be an unforgettable convention.

Emad Hamdeh, the youth director of New Jersey’s Islamic Center of Passaic Country, first proposed the idea in March 2011 as a way to provide Tri-state youth with a challenging project of their own. Inspired by ICNA, ISNA, and other conventions, he understood that organizing an event of this magnitude would require…