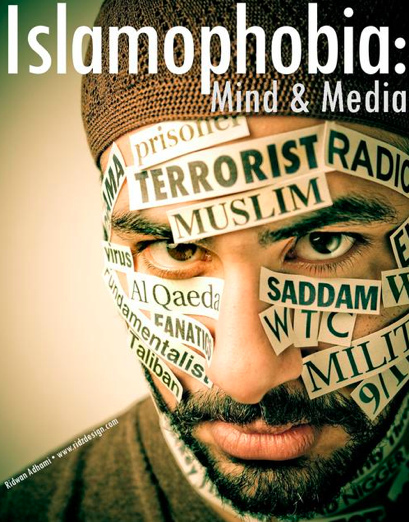 A former  journalist with the British tabloid newspaper the Daily Star has repeated accusations that a number of British daily newspapers put pressure on journalists to fabricate anti-Muslim stories.

Richard Peppiatt, who worked as a full-time freelance journalist at the Daily Star for two years, claimed that editors forced journalists to fabricate news that suggested Muslims and immigrants were threatening national security.

He said the fabricated stories were mainly related to Muslims, depicting them as a threat to British society. The defamatory stories became more widespread after the bombings in London on June 7, 2005 — often referred to as 7/7 — and the Sept. 11, 2001 attack on the United States.

“Especially since 7/7 and, to a degree, since 9/11, Muslims have certainly been painted as the ‘cartoon baddy.’ Definitely in the tabloids. Someone always has to be blamed, you can’t just leave it up in the air when something happens; somebody always needs to take the blame. Sadly it’s the Muslims that have been chosen to be portrayed as the ‘baddies’,” he told Cihan in a phone interview.

Peppiatt noted that it was not possible for Muslims to take action against the publication of derogatory articles because it is only possible for an individual who has been mentioned by name to make a complaint to the Press Complaints Commission (PCC), the regulatory body for UK magazines and newspapers. However, if a group or a religion is targeted it is difficult to file a complaint.

“It was therefore challenging for Muslims to complain as there was no one individual being affected by the articles. However, it clearly does affect individuals as it affects the way people behave towards each other in society. I certainly came to understand that what we print in the media has a direct effect on the lives of individuals; this can lead to violence on the streets, based on what we write,” Peppiatt told Cihan.

He also noted that statistics about immigrants in the country were being changed to present a negative picture of them.

“[There was fabrication in the Daily Star] regarding the number of jobs immigrants are taking and the numbers arriving in Britain. It is in stories about that where the statistics were de-contextualized and sensationalized to make the scenario look much worse than it actually it is.

They will mention how many come and not how many have left. There have been cases in which there has been a net drop in immigration figures, but that was never mentioned as it did not fit the narrative of painting immigrants in a bad light. There was no fair perspective and no consideration that immigrants are trying to get a better life. This was done on purpose, as the editors wanted to present a negative perspective on immigration,” he said.

Peppiatt made his first confessions on the issue last November when he spoke to the Leveson Inquiry, chaired by Lord Justice Leveson at the Royal Courts of Justice in London, which is currently looking at the culture, practices and ethics of the British press in general. The inquiry was launched following the News International phone hacking scandal.

“…This naturally led to fabrication in order to fulfill an unrealistic quota. Much more insidious was when this same philosophy was applied to stories involving Muslims and immigrants, when yet again a top down pressure to unearth stories which fitted within a certain narrative (immigrants are taking over, Muslims are a threat to security) led to casual and systemic distortions. In short, ethical concerns were always subservient to financial ones,” Peppiatt told the Leveson Inquiry.

Regarding the reasons why he made the confessions, Peppiatt told Cihan that for a long time he had not been happy about the stories he was asked to write. “The only way to combat what the sensationalists were writing was to be sensationalist myself, to embarrass them publically. Leaving quietly would not have made a difference. It was a gamble that may have embarrassed them into changing their behavior a little bit,” he added.