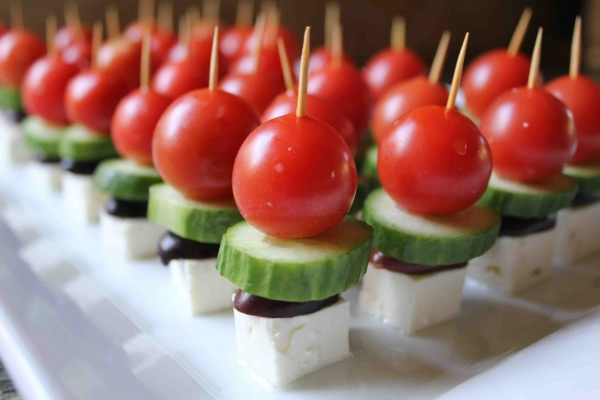 Eating less and living a healthy lifestyle is possibly one of the most commonly cited New Year’s resolutions for many people in the west. A testament to the prevalence of this goal is in the amount of money spent annually on weight loss products and services, which according to Reuters averages between $33 billion and $55 billion in the US. However, despite the research showing that the billions of dollars on weight loss products are being spent in vain, people continue to buy the latest supplements promising them to shed those pounds off. The placebo effect these products offer seems strong enough to lure them again and again with the hope of a better body tomorrow. 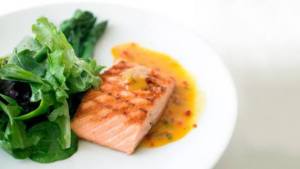 The best methodology for dropping those pounds, which has been tried and tested throughout time, is the combination of diet and exercise. It’s the simple formula of keeping the caloric intake less than caloric output. For those of us who like their food, this can prove to be very difficult as the cravings for pizza and chocolate cake torment us.

While many are aware of the health benefits of diet and exercise when it comes to lowering cholesterol, improving blood pressure, and generally producing a healthy body, few have looked into what the good old strategy of cutting down the calories will do their brains. No surprisingly, it turns out that keeping away from the drive-through burger joint will make you smarter.

A study by a group of neuroscientists from John Hopkins University examined the effects of dietary restriction on the brain using mice as an animal model. Rodents are the most widely used animal models in neuroscience research since we share an approximate 85% similarity in our DNA sequences. The overall findings from this study were quite impressive.

There were two aspects examined in this study. The first one was to test whether neurogenesis levels would change in response to dietary restriction. Neurogenesis is a process that continues to occur in select brain areas throughout our lifetime, and it refers to the brain’s capacity to generate new neurons, which eventually become incorporated into the existing networks. The second aspect that was investigated was whether brain-derived neurotrophic factor (BDNF) levels would also be changed as a result of dietary restriction. BDNF is one of the major growth factors in the brain, which helps to support the growth and survival of neurons, and has important roles in strengthening the connections between them. 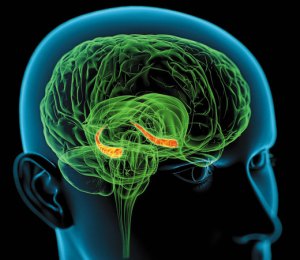 The brain region that was investigated in this study was the hippocampus. This is the area that deals with learning and memory consolidation, and we have two of them on both sides of our brain. Whenever we form new memories from experienced events or want to remember new facts we just learned, it’s this region that plays a major role in manipulating the information. Individuals with learning impairments have a reduced functionality in their hippocampus.

In this study, adult mice were divided into two groups: a group with continual access to food, and a dietary restriction group that was provided food on alternating days. Interestingly enough, this dietary restriction regimen was used previously in an older study back in 1983 and the animals ended up eating fewer calories over time and lived longer than animals with continual access to food. The mice in this study were later sacrificed in order to extract their brains to investigate the resulting effects. 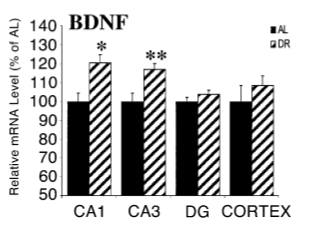 What the researchers were able to find out was that caloric restriction in adult mice resulted in an increased number of neurons in the hippocampus, which was due to an increased cell survival rate. Not only were neuron numbers increased, but also supporting cells called astrocytes were present in higher numbers. Furthermore, levels of expression of BDNF were significantly increased. The combinations of these findings show that not only are neurons being generated at a higher rate, they’re also being supported by astrocytes and growth factors to help their growth and development are also increased. The fewer calories seem to give an enhanced brain structure. 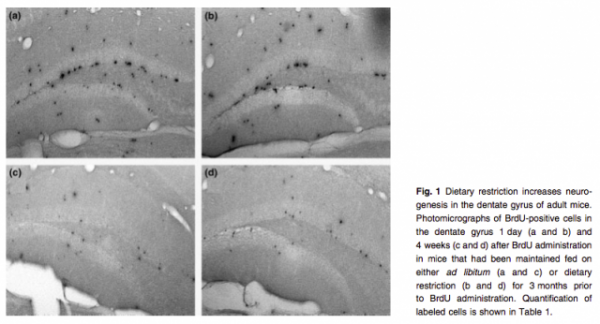 A more recent study from the University of Münster in Germany looked at how calorie restriction would affect memory performance in elderly humans. Age is correlated with decline in cognitive capacities and memory performance, and therefore is a major study area in neuroscience. This group of researchers took 50 healthy, normal- to overweight elderly male and female individuals, all of which averaged 61 years of age, and divided them into different groups. The different diets lasted for 3 months and memory performance was assessed before and after. 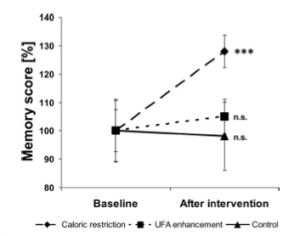 There are many studies that show the beneficial effects of caloric restriction on health.  Longitudinal observations in humans have shown that a low calorie diet contributes to healthy aging and longevity, whereas obesity increases the risk of age-related cognitive decline. 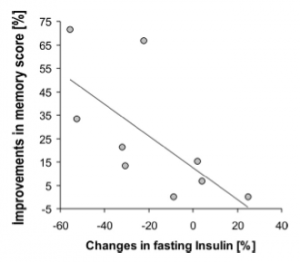 One of the theories for why cognitive performance is improved on a low calorie diet is due to the reduced insulin levels. Eating results in insulin release, which triggers the body to absorb nutrients. Consistently high levels of insulin result in insulin receptors to become desensitized and not respond appropriately. Lower insulin levels on the other hand result in more sensitized insulin receptors, which lead to improved insulin signaling in the brain. This has been suggested to have protective effects for neurons.

The bottom line that these studies and others seem to be pointing to, is that our brains will perform better if we reduce our caloric intake. It seems that the benefit of controlling our eating habits will go beyond having a washboard stomach and a healthy heart. Having a healthy and higher performing brain would be a nice plus.