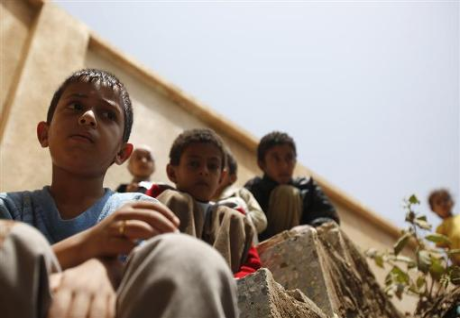 Oxfam and Islamic Relief have raised the alarm about the deteriorating humanitarian situation in Yemen.

New surveys revealed that people are going without food for three days and that one in five children is acutely malnourished in some parts of the country. The warning came as the UN launched a new emergency appeal for the country.

Kelly Gilbride policy officer from Oxfam said: “Millions of Yemenis are at breaking point and do not know where their next meal is coming from. People in Al-Jawf province, report going without food for 3 days and women are being forced to beg on the streets to get enough food for their families. Many families are relying on a diet of tea and bread.” New malnutrition data has underlined the severity of the crisis. A recent survey in Abyan found that almost one in five children is suffering from acute malnutrition. This is above emergency levels. The aid agencies said that the crisis is not only touching people affected by conflict or living in camps. Surging food and fuel prices, combined with political turmoil and violence, have pushed poor Yemenis across the country to the brink.

The aid agencies called on donors to fund the new appeal quickly and generously to prevent the crisis becoming a catastrophe.

It called on them to heed the lessons from the Horn of Africa of the tragic human cost of responding too late to urgent humanitarian need.

The UN is appealing for $447 million to respond to the needs of 4 million people, 44 percent of the total population in need. The funds required have almost doubled since last year.

The UN has said that it expects the humanitarian situation in Yemen to worsen in 2012. Despite the urgency of the situation, humanitarian agencies in Yemen have long faced funding shortfalls. Kelly Gilbride from Oxfam continued: “People are struggling to cope. They are selling livestock and other assets and going into debt just to put food on the table.

“In Hajjah, there are reports of children being pulled out of school to work as their families need money for food. It is important that world leaders wake up to the extent of the emergency in Yemen. “The focus on the political transition, while important, should not overshadow the dire and growing human needs.”

Hashem Awnallah, Islamic Relief Country Director, said, “I sincerely hope that Yemen’s neighbours take the lead with other donors in responding to the pressing needs of Yemenis, not just in conflict affected areas but also in addressing Yemen’s critical development challenges, especially now that Yemen has taken a step in the right direction in the process of restoring peace and stability in this important and beautiful country.”

How You Can Help?

Any amount you can give to this cause would help save lives in Yemen. Click on some of the below links to donate.

(want to add to this list of charities giving to yemen in countries not mentioned above? Please email us)