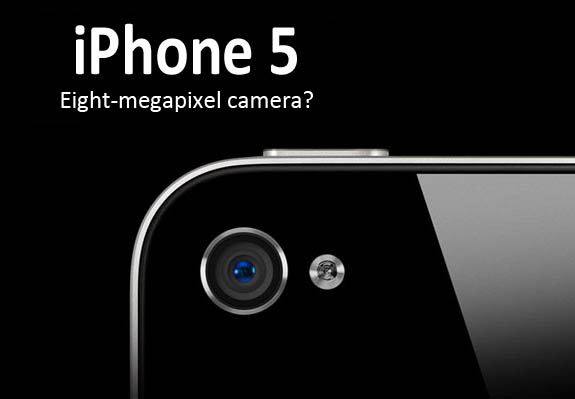 The iPhone 5 is coming. This is no rumor, no guesswork, no fuzzy photo taken by someone allegedly holding an iPhone 5 prototype. Apple has set the date and the place for a real product launch.

Okay, I am getting ahead of myself a bit. The invite does not explicitly mention an iPhone 5. It just promises we’ll talk about the iPhone. Yes, a nice little chat with me, Apple CEO Tim Cook and a few hundred of our closest friends at Apple’s Cupertino campus. There’ll be coffee and Danish. It’ll be cozy.

What else can we expect on Oct. 4? Here’s the shortlist:

Shortly after Apple unveiled iOS 5, the cloud-friendly operating system that will soon reside inside current and future iPhones, there was speculation that the iPhone 5 would look almost exactly like the iPhone 4. The innards would be different, but most people could simply swath iPhone 5’s in the same cases as their previously adored iPhone 4s.

But soon enough, some eagle-eyed folks spotted new iPhone cases that would in no way house current iPhones or the doppelganger iPhone 5. Answer? The iPhone 5 will be radical design departure. Some believe it will be thinner, or perhaps tapered. Others insist it will be wider.

Personally, I love the current design. I know, antenna attenuation nearly ruined the initial iPhone 4 launch, but my Verizon model moved the antenna bar breaks around and I rarely, if ever, lose signal. Plus, I don’t want a wider phone (read “bigger”) phone.

Duh! Even if we didn’t know about the A5 chip, Apple’s custom dual-core CPU, why would Apple do a major product launch without raising the performance bar? We rely on our smartphones to do more every day; they simply have to get more powerful — as any good computer should, under Moore’s Law. Apple will also likely increase the amount and quality of RAM—which always has a big impact on performance. These changes will be necessary if Apple does some of the other things we’ve been speculating about.

Apple’s Android competitors outshine the iPhone in the camera resolution and screen size department. On the latter, Apple’s retina display is smaller than many slab Android phones but often approaches or beats them in resolution. If Apple goes with a larger screen, 8-megapixel camera and full 1080p video recording, it’ll need more horsepower to support all of them. The bigger screen, in particular, will also demand more battery power. Apple’s been very careful about battery life (it’s why it fought so long and hard against multi-tasking) and it may have to increase battery size and capacity to support a larger retina screen.

I’ve used Google’s voice-enabled search app on the iPhone and it is quite good. Some pundits believe the iPhone 5 will come with native voice recognition, which means other iPhone apps can tap into this capability for a variety of nifty interactions. Apple did acquire voice-based personal assistant service Siri last year and hasn’t done much with it yet, at least not publicly. Talking into your phone is natural, so what’s not to like about native voice recognition?

I guess I’m alone in this, but I don’t give a rat’s behind about 4G on my phone. My Verizon iPhone does just fine with its 3G data connection. However, I don’t think Apple can ignore the consumer clarion call forever. These people want 4G (look at all the 4G Android phones they’re snapping up). I can’t say their battery life is worth much, but at least they have a good time surfing YouTube videos while the charge lasts. Apple could do LTE 4G, the premier option, but only if it’s convinced there’s enough quality 4G out there. I’d say there is and the phone will ably dumb down to 3G anyway.

If Apple does go 4G, however, it’s a good bet the iPhone 5 will be larger than the eminently pocketable iPhone 4. 4G needs an ample battery for a full day’s use. Big batteries make for bigger phones.

Back when Google introduced Google Wallet, a technology for turning one NFC-enabled phone (the Nexus S 4G) into a wallet/credit card, there was a speculation that companies that weren’t included in the deal — such as Visa — might hook up with Apple. All Apple had to do was put an NFC (Near Field Communication) chip inside the iPhone 5 and the rest would be easy. Now, however, Google has managed to sign up Visa for Google Wallet as well. I’m not certain Apple will see any value in the added cost of an NFC chip when there are no clear partners, and even less certainty that consumers are ready to start paying with their phones.

Apple now has both CDMA and GSM phones. Ubiquity is how to play the competition game. I expect Apple to welcome at least one new carrier partner to the table. My money is on Sprint (which, like Verizon, uses CDMA). T-Mobile is out. AT&T is trying to buy them and it’s clear Apple wants any part of that mess.

Sprint may not get the iPhone 5, however. Since I do expect that to be a 4G phone, my guess is that Apple goes with Verizon and AT&T as the first two carriers. Sprint will get a different phone, the lower-powered, still 3G, iPhone 4S.