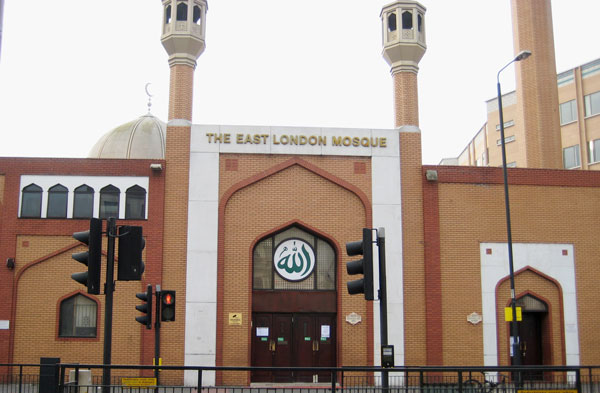 Islam is often seen as a problem in European states, particularly in The United Kingdom. In the past decades a new generation of Muslims who proudly assert both their British and Muslim identity have emerged, giving a new cause for bigots who have misconstrued Islamic teachings, favoring their own narrative of a religion that perpetuates violence over harmony. This has alarmed British-Muslims throughout The United Kingdom, with an increase presence of English Defense league (EDL), holding demonstrations in Muslim populated areas. The future of European Muslims, and how they respond to anti-Muslim bigotry will define the future presence of Muslims in Europe.

Muslims have been targeted by EDL; they have been subject to threats, assault and continuously demonized. Recently, MEP Sajjad Karim and his family were threatened by a mob of EDL protesters, they were targeted because they were British Muslims. Imagine if Sajjad Karim was Black, Jewish or homosexual and a mob of 30 or 40 people protested outside his home because of his lifestyle. The public outcry and response would be overwhelming, but unfortunately because he was Muslim, it barely made it to news sites and newspapers.

The EDL demonstrations are largely composed of white boys, waving flags, chanting anti-Muslim rhetoric and shouting that Muslims are not welcome in The United Kingdom, one of their popular slogans being “Britain does not welcome the religion of hatred”. Just a couple of months back they held a protest near Kingston University which alarmed Muslim students on campus, and subsequently the president of the Islamic society sent out urgent emails, texts and announcements that all Muslim students should avoid Kingston Town, avoid confrontation with EDL in case they are assaulted. They did not clash with any students in the area but urinated on the local mosque, left pieces of bacons on the cars parked near the mosque and threw bottles of beer in front of the mosque.

Some might think the measure taken by Kingston University’s Islamic society is an exaggeration of the violent streak EDL have shown over and over again, but their recent insolent behavior at Cambridge Town shows that these measures are necessary. A mob attacked Muslims in Sidney Street after EDL demonstrators were prevented from attacking the Cambridge Mosque. Demonstrations are an intrinsic part of democracy, and The United Kingdom is proud that all groups are allowed to demonstrate, regardless of whose sensitivities are offended, but EDL demonstrations often turn violent and instill fear within British Muslims.

Debates and discussions about British Muslims are often orientated around what women consciously choose to wear instead of discussing the pressing danger mob groups attacking Muslims, and their places of worship pose within our society. A culture of diversity and tolerance can bare fruit when people decide to address the critical issues within our society, particularly the rise of Islamophobia and fear-mongering bigots who use anti-Muslim rhetoric for their own personal agenda.