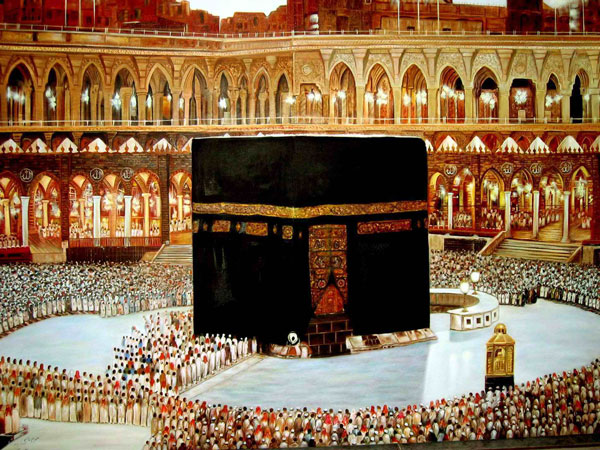 The British Museum is to stage a major exhibition dedicated to the hajj, the Islamic pilgrimage to Mecca.

Hajj: journey to the heart of Islam will bring together historic and contemporary objects – including manuscripts, textiles, archaeological items and photography – to explore the experience and importance of the pilgrimage.

The exhibition, opening in January, will also feature the work of contemporary Saudi artists such as Ahmed Mater, who has created an installation with magnets and iron filings to symbolise hundreds of thousands of pilgrims circumambulating the Ka’bah, the black granite cube in Mecca thought to be built by Abraham and his son Ishmael. There will also be work by Shadia Alem, one of two artists who represented Saudi Arabia for its debut at the Venice Biennale earlier this year while sound cones in the Reading Room will convey a sense of being in Mecca by transmitting the labbaik, the prayer recited by pilgrims as they carry out their rituals.

The museum’s director, Neil Macgregor, who announced details of the show on Tuesday , said it would enable a global audience to deepen their understanding of the significance and history of the hajj.

“It is special in being the only aspect of Islam which non-Muslims cannot take part in. It is not merely a spiritual phenomenon, it has become a cultural phenomenon. The museum has always sought to present a connection between faith and society. It [the hajj] is a phenomenon that needs to be better understood than it is. It has become very clear to us that we’ve been looking to put on exhibitions about things people want to know about – such as Iran and Afghanistan – and questions people want to explore.”

Macgregor called the organisation of the hajj “one of the great administrative achievements in the world” and said the exhibition would show the logistics behind the pilgrimage, which annually attracts up to four million people to the holy sites of Mecca.

In addition to the rare objects on display, drawn from private and public collections, there will be more prosaic items such as a ticket for a Thomas Cook hajj ship, which used to operate services across the Indian Ocean, a hajj proxy certificate, issued to those who are unable to perform the pilgrimage and have asked friends or family to perform it on their behalf, and pilgrims’ diaries.

Venetia Porter, the curator for the exhibition, said: “The exhibition is about a journey and life-changing experience, a journey that has one purpose only – to reach the heart of Islam. We want people to understand what this experience has meant.”

Although the preparation and rituals behind the pilgrimage have remained largely unchanged for 1,400 years, Mecca itself is evolving at a dizzying pace.

Last month, in Jeddah, Saudi officials unveiled a £16bn development plan for the city, increasing its pilgrim capacity, strengthening its transport links and overhauling its appearance.

The government’s commission for tourism and antiquities said revenue from tourism in 2010 would reach $17.6bn, then almost double again by 2015.

A $6bn, 276-mile rail link will connect Mecca with Medina, the home and burial place of Muhammad, while a multi-billion-dollar upgrade will increase the capacity of Medina airport from three million to 12 million passengers a year.

King AbdulAziz International airport in Jeddah will also expand – accommodating 30 million travellers by 2012 to 80 million when finished – and the total number of visitors to Mecca and Medina could rise to almost 17 million by 2025.