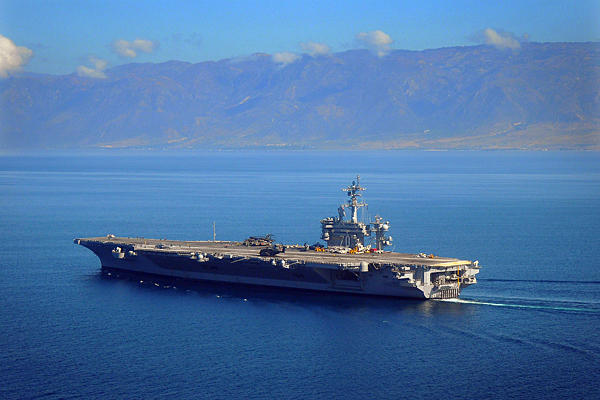 Two months after American special forces killed Osama bin Laden and buried his body at sea, California-based explorer Bill Warren has announced the goal of his newest expedition: To find the body.

Warren – who worked for decades as a concert singer in churches and on cruise ships and who once took acting lessons with Arnold Schwarzenegger, now runs a diving company and has been exploring shipwrecks since the 1970s.

On his expedition website, Warren explained his motivation for the trip into the North Arabian Sea, which he hopes to begin in the next few weeks. He said he finds it very suspicious that photographs of the burial were never released:

“Since I have expertise in finding things at sea, I thought it would be a good chance to be able to try to find him and prove whether or not my government was telling the truth, because half the world – I believe and from what I’ve read – doesn’t believe it. One of the reasons I did it is because I’m a patriotic American. I wanted to just prove the point that he’s either dead or not, if indeed we can find him.”

To scan the seafloor, Warren will be using side-scan sonar, which uses radio waves to detect the shapes of objects as far as 9,000 feet down.

In an interview with Philip Friedman Outdoors Radio, Warren said he has narrowed down the region of interest to a 50-square mile area about 50 miles offshore. Working off a tip from some marines, he expects he’ll find the body in just two or three days.

Warren is seeking up to $1 million from investors to launch the search. He said he’s heard from bin Laden’s family, who has offered him money, too. And just this week, he told Discovery News, he signed a contract with a major production company in Los Angeles, with an eye on a documentary and TV series.

If this sounds like your kind of expedition, Warren plans to offer spots on the ship to adventurous people. To learn more, you can contact him through his expedition website.