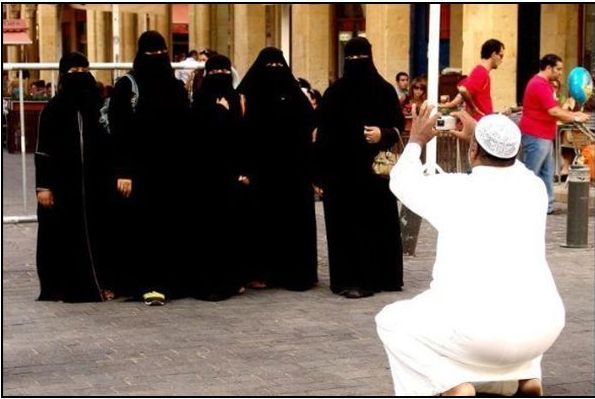 Polygamy has become passe — at least for young people in Indonesia and Malaysia.

86.5 percent of Indonesians between the ages of 15 and 25, and 72.7 percent of young Malaysians, disagree with the practice, according to a new survey. Of course, in and of itself that isn’t earth-shattering news, but given that the countries are overwhelmingly Muslim and generally quite conservative, the number is interesting.

The same survey also found that 90.1 percent of young people in Indonesia wouldn’t marry outside their religion (the survey only included young Muslims, a religion that makes up 88 percent of the population) and 98.2 percent said premarital sex was not OK.

So why the negative attitudes toward polygamy — which is after all permitted under Islamic law?

It may be a generational shift based on years of vocal opposition from women’s groups — especially in Indonesia.

In both countries, polygamy is legal and has strong backers. Supporters have set up clubs that preach the virtues of polygamy and encourage women to be obedient to their husbands, according to the AP. Young people clearly aren’t buying the message.

Only about 5 percent of recent marriages in Malaysia are estimated to be polygamous, according to activists there the AP talked to. In Indonesia, it’s more widespread and often performed without official state recognition in mosques.

Polygamy remains a hot button issue throughout the globe — and certainly crosses religious boundaries. Sects of Christians and Jews back the practice.

Among majority-Muslim countries, besides Indonesia and Malaysia, polygamy is recognized and practiced widely in Saudi Arabia, Yemen, and Sudan. Egypt and Jordan permit it but tightly regulate the practice (written permission needs to be granted from the wife beforehand). Turkey, Tunisia, and Morocco ban the practice.