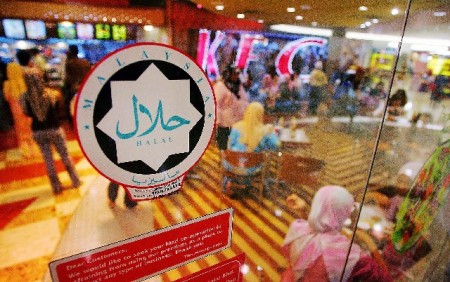 A Malaysia-based group is drafting halal standards to give Muslim countries a framework to regulate a $2 trillion global industry ranging from food to finance.

The global halal industry is regarded as a vast but difficult market with the substantial Muslim population outweighed by the use of disparate sharia standards, differing levels of development across Muslim countries and a lack of regulatory infrastructure.

The International Halal Integrity Alliance is working on guidelines relating to the use of sharia-compliant pharmaceuticals, finance and processed food which would be completed by year-end, its chief executive officer Darhim Hashim said.

“We, as Muslims, are not in control of the supply chain,” he said on the sidelines of a halal forum.

“We cannot say that we can accept everything that comes into the country is halal so at the very basic level is some kind of import regulation. That in return leads to a standard.”

Darhim said the alliance has published seven other standards which include the regulation of sharia-compliant restaurants, cosmetics, lab testing and animal slaughtering which have been ratified by the Islamic Chamber of Commerce and Industry, a grouping of 56 Islamic countries.

The alliance’s members include certification bodies from Europe, India, the Phillipines, Cambodia and Australia.

The halal industry has been overshadowed by the Islamic finance sector in recent years as the petrodollar boom sparked a rush for sharia-compliant assets. But the large global Muslim population is seen as offering growth opportunities for the industry.