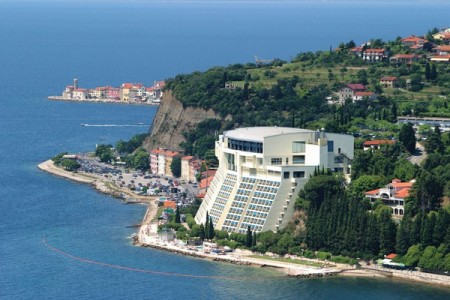 The UAE’s national identity could be cemented in its tourism culture through Islamic hospitality, a market some experts believe remains relatively untapped by Emirati graduates despite its growth.

The Middle East is currently one of the fastest-growing regional tourism markets in the world. The United Nations World Tourism Organisation 2010 report says it is growing at a rate of nearly 10 per cent annually.

Given this growth, academic experts suggest the possibility of developing a sustainable tourism market in the UAE based on Islamic principles with an indigenous workforce taking the lead.

A study published in the Journal of Islamic Marketing explores the management styles and skills needed by the Emirati workforce to lead the UAE’s Islamic hospitality market. The research paper called Islamic Hospitality in the UAE suggests the potential for growth through initiatives such as Sharia-compliant hotels and the commercialisation of Emirati cuisine.

“Islamic hospitality is important for the growth of the UAE’s tourism market,” said Dr Marcus Stephenso, Associate Professor of tourism management at Middlesex University Dubai and co-author of the study. “Given that the hospitality industry is a social and cultural institution it can then be about taking into consideration the religious dimensions of the host culture.”

He added that the establishment of the Museum of Islamic Civilisation in Sharjah serves as a good example.

“A positive sign is the growth of travellers and tourists from countries such as Saudi Arabia,” he said. “So the Islamic tourism and hospitality concept is certainly appropriate and adaptable to changing market trends.”

Dubai is home to one of the country’s few Sharia-compliant hotels — Al Jawhara Gardens Hotel.

Established in 2006, the hotel has seen a steady 10 per cent annual increase in its growth.

“There is a lot of demand for the Islamic hospitality concept in the UAE and the surrounding GCC countries,” said Khalid Kamal, Business Development Manager at Al Jowhara. “Nearly 80 per cent of our guests are non-Muslims who stayed with us once to test our services and found no difference in standards compared to other hotels,” he said.

Kamal added that the Islamic hospitality concept of Sharia-compliant hotels remains attractive to a non-Muslim customer base in search of a cultural experience as well as a safe family environment.

“Implementing Sharia compliance has to do with delivering a perfect service,” said Kamal. “It starts with greeting the customers in the Islamic way with Al Salam Alaikoum, food preparation, financial processing and much more.”

Kamal added that certain elements of Al Jowhara’s Sharia-compliance are the prohibition of the consumption or selling of alcohol or the check-in of non-married couples into one room. Other elements include all the hotel’s financial processes through Islamic banks as well as the use of only halal meat and poultry in food served. Women also have the option of separate facilities such as dining areas and gyms as well as a covered swimming pool.

Badr Ali Habib is studying tourism and event management at Dubai Women’s College (DWC) and believes the concept of Islamic hospitality is an important segment in the UAE’s tourism market.

“The UAE’s centrally global location serves as a good platform of communication between different cultures and religions,” said Habib. “The emergence of Sharia-compliant hotels clearly represents Emirati values first as Muslims and then as Arabs, who are well known for their hospitality.”

However, Habib believes an element deterring Emiratis from hospitality and tourism programmes at university is the Western style of hospitality centred on the consumption of alcohol — prohibited in Islam.

“A major factor that I think keeps Emiratis from entering hotel management is the non-Sharia element of it,” he said. “Another is the stereotypes about pay amongst Emirati youth — that some industries like the financial sector pay better than industries like tourism.”

Habib added that Emirati students need encouragement from universities to enter the UAE’s tourism industry, which can be achieved by informing them of potential career opportunities.

“Some responsibility lies on the colleges who need to be more aggressive about recruiting into certain majors,” he said. “If students see training programmes available to them by Sharia-compliant hotels then they would want to be there.”

Dr Monica Gallant, Chair of the Business Department at DWC, believes Islamic hospitality is an important component of the many elements of the UAE’s market.

“Islamic hospitality is not a major focus in our tourism programmes as it is only one component of the market,” she said. “There is a lot to learn in the broader view of all aspects of hospitality; and as the training sector here is rather small we’d like to see more students in general taking it up.” Yet, Habib believes a new generation of Emiratis should champion the growth of the UAE’s tourism market.

“We, the young generation, should come together and go out and promote something more culturally connected to us in terms of our religion and culture.”