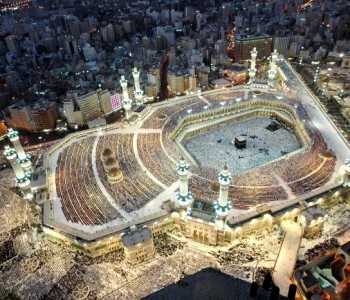 The significance of Hajj as a pillar of Islam is quite evident from the reward this act of worship brings to its performer. As has been reported from the Messenger of Allah, the person performing the Hajj is forgiven and purified as if he/she is a newborn baby. Although its importance and formalities are generally known and talked about, its essence, spirit, and impact on a performer’s behaviour and personality are not generally understood or remembered.

The point we should ponder over is why Allah and His Messenger granted Hajj so much importance. What is the most significant aspect of this worship? Is it performance of certain rites and rituals, the special dress worn, and visitation of certain places that make it the most rewarding act of worship? Or, like other acts or worship in Islam, is it the changes that Hajj makes in the performer’s personality, attitude, and outlook that are the essence of Hajj?

The other point to reflect upon is what is so special about the Hajj that it is expected to produce some significant changes in the personality, attitude, and outlook of a person? Is there anything magical in the rites and rituals of the Hajj that produces the changes, or is it the constant conscious effort on the part of the performer to inculcate in himself/herself the spirit of those rites and rituals which brings about the desired changes? The reality is that unless a person performs every step of the Hajj immersed in and imbued with the spirit that each action represents, he/she will not fully realize the promised benefits of Hajj.

This process of consciously soaking in the spirit of Hajj starts with the intention. As soon as you make an intention to perform Hajj, you should start reflecting on the lifestyle of Ibrahim, Isma’il, and Hajar. Allah has presented them as a model Muslim family. Hajj is, in fact, an intensive training in full, holistic, wholehearted, willing, and enthusiastic obedience and submission to Allah. This training is provided by making the believer simulate acts of love, dedication, and obedience performed by Ibrahim and his family. Hajj, in reality, is walking in the footsteps of that family, simulating the extraordinary acts of devotion they performed for the love of Allah. This provides a Muslim proper perspective as to how devoted and submissive to Allah a Muslim should be. So as soon as you decide to perform Hajj, you should start reviewing your lifestyle vis-a-vis the life style of Ibrahim and his family and see if you submit to Allah without reservation or hesitation as they did. Are you willing to sacrifice your most precious and cherished possessions, habits, preferences, and desires for the sake of Allah as Ibrahim did? Can you obey Allah without asking questions or without understanding why Allah wants us to do certain things? Can you jump into dangers and difficulties willingly and enthusiastically for the sake of Islam as Ibrahim did? Is pleasure of Allah and supremacy of Islam the most important goals in your life? Do the commands of Allah, the needs of the Ummah, and the call of Islam take precedence in your life over all your interests, needs, and aspirations? If the answer to any of these questions is not a resounding yes, you should start identifying where you need improvement and how you are going to get there.

When you start for Hajj from your home, think of it as the beginning of a transformation process and not just a trip to sacred places. Start with a sincere repentance with a firm intention to change yourself to the desired level of commitment to Islam. Form specific mental images about how your attitude, personality, and outlook will be changing from your current state towards the Abrahamic style and level as you proceed from home towards Al-Haram (Makkah). As you move through various stages in your journey, see your paradigm shifting with each step. When you remove your clothes and take a shower to put ihram on, visualize ridding yourself of all the old habits and behaviour patterns that are not the best from the Islamic point of view and cleansing yourself from intentions and attitudes that are un-Islamic in nature and practice. When you put your ihram on, think of a new birth and a new beginning, start of a new life more like that of Ibrahim and Isma’il.

While performing each rite of Hajj, keep in your mind the spirit of the rite and the act of Ibrahim that it simulates and feel the transformation of your attitude and personality accordingly. For example, when you arrive in Makkah and cool your eyes with the sight of the Holy Ka’bah and pray to Allah to increase its status and its sanctity, remember the purpose for which it was built. Remind yourself of how it was going to be the centre of the Islamic movement to bring the whole of humanity to the worship of Allah. Dedicate yourself to that cause as Ibrahim and his family did.

When performing Tawaf (circumambulation), feel the passionate, ardent love of Allah making you go round in humility in front of His greatness, also thinking at the same time that all your life in this world will be Allah-cantered, revolving around Him, His love and His pleasure. When running between Safa and Marwah, see yourself running and striving throughout your life for the religion of Allah to establish it as the supreme, dominant way of life, while hoping that Allah accepts your efforts and rewards you with the success of the Islamic mission in this world and with His pleasure in the Hereafter, while at the same time being concerned that you may not be doing enough to achieve your goals or to earn Allah’s pleasure and mercy.

Standing in Arafat, you should feel the majestic presence of Allah in Whose audience you are standing as a humble slave. Preserve that feeling of Allah’s presence in your consciousness throughout your remaining life. Your sacrifice should indicate your readiness, willingness, and enthusiasm to sacrifice your most cherished possessions for the sake of Allah. And throwing pebbles (rami) at Jamarat (Satan’s pillar of temptation) should signify that whatever little means you have, you are going to devote all you have in opposing and rejecting all the un-Islamic theories and sins and secular lifestyle that the devils of the world try to preach among Muslims or impose on them.

It is this kind of Hajj that makes you pure and sin-free as if you are a newborn baby. If Hajj is not performed with that kind of spirit, its intended benefits will not be realized. An example from our predecessors will illustrate this point.

A person who had just come back from Hajj came to visit Al-Junaid Al-Baghdadi. After Junaid asked him where he was coming from, the following dialogue occurred between them:

Hajji: I have just come back from Hajj to the House of Allah.

Al-Junaid: Have you been to Hajj?

Hajji: Yes, I have just performed it.

Al-Junaid: When you proceeded from your home with the intention of Hajj, did you repent from all your sins?

Hajji: I did not think about it.

Al-Junaid: In that case, you did not even depart for Hajj. What about your journey, rest breaks, and stopovers? When covering distances, did you move mentally and spiritually closer to Allah, and at stopovers, did you feel dwelling in His remembrance?

Hajji: It did not occur to me.

Al-Junaid: You have not, then, really travelled to the House of Allah. How about putting on the ihram and replacing your usual clothes? When doing that act, did you abandon your undesirable habits and attitudes that had been part of your daily routines?

Hajji: It did not cross my mind.

Al-Junaid: Alas! You did not even put on ihram. But did you experience the presence of Allah while you were standing in ‘Arafat?

Hajji: What do you mean?

Al-Junaid: When you were praying to Allah in ‘Arafat, did you feel as if He was right in front of you and you are watching Him?

Hajji: No, that was not how I felt.

Al-Junaid: That means you did not even reach ‘Arafat. I hope you left your worldly desires and aspirations in Muzdalifah.

Hajji: I did not think about it.

Al-Junaid: So, you have not even been to Muzdalifah. How was your Tawaf? Did you feel overwhelmed by an ardent attraction towards the perfect majesty of Allah Most High during Tawaf?

Hajji: I do not think so.

Al-Junaid: It is, then, as if you have not even performed Tawaf. Perhaps you understood the spirit, wisdom, and objective of running between Mounts Safa and Marwah.

Al-Junaid: In other words, you have not performed Sa’i (running between Safa and Marwah). Tell me about your sacrificial rites. While slaughtering the animal, did you sacrifice for the love of Allah Most High your own lusts and desires?

Hajji: That did not come to my mind.

Al-Junaid: In that case, you have not even offered sacrifice. What about throwing stones at the pillars? When performing that ritual, did you cast away your bad company, evil friends, and dirty plans?

Hajji: This did not happen either.

Al-Junaid: Unfortunately, you have not performed Rami (stoning rites) either. You must go back next year and re-perform the Hajj with the sentiments, spirit, and attitude mentioned above so that it can be a simulation of Ibrahim’s experiences, described by the Qur’an as one who [who fulfilled his engagements]