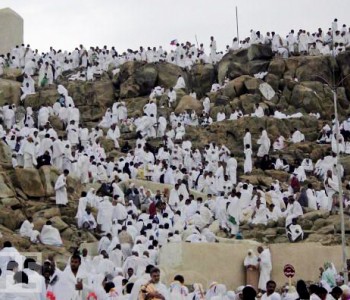 Verily, the praise belongs to Allah Most High, and may the blessings of Allah and Peace be upon His Prophet Muhammad, and his family and companions, all of them.

Al-Bukhari narrated from Ibn Abbas (May Allah be pleased with him), that the Prophet (p.b.u.h.) said: “There are not any days in which righteous deeds done in them are more beloved to Allah than these days, i.e. the ten days (of Dhul-Hijjah). They said: O, Messenger of Allah, not even Jihad in the path of Allah? He said: Not even Jihad in the path of Allah Most High, except if a man goes out (for Jihad) with his self and his wealth, then he doesn’t return with anything from that.”

Imam Ahmad narrated from Ibn Umar (May Allah be pleased with him), from the Prophet Muhammad (p.b.u.h.) that he said: “There aren’t any days greater, nor any days in which deeds done in them are more beloved to Allah Most High, than these ten days (of Dhul-Hijjah). So, increase in them the saying of Tahleel (Laa-ilaaha-ill-Allah), and Takbeer (Allahu-Akbar) and Tahmeed (al-hamdu-lillaah).”

The Messenger of Allah encouraged his Companions to fast three days in every month and informed them that in doing so they would be rewarded for fasting the whole year. In it there is purification of the heart and other benefits. He also encouraged them to fast the three “White Days” meaning the days which follow nights in which the moon is full, namely the 13th, 14th and 15th days of each lunar month. Sayyidi al-Habib `Umar encourages his students in Dar al-Mustafa to combine these two sunnah’s and fast the three “White Days” of every month.

We are now in the sacred month of Dhu’l-Qa`da in which the rewards of our actions are greatly multiplied. We should take the opportunity to fast the “White Days” in this sacred month and in doing so prepare for the blessed days of Dhu’l-Hijja which are quickly approaching. In this part of the world the 13th, 14th and 15th coincide with this Thursday, Friday and Saturday the 21st, 22nd and 23rd October. Check the moon sighting in your locality to be sure that your fast coincides with the “White Days.”