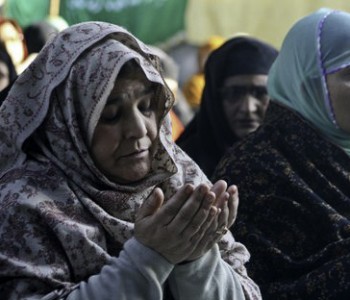 Man is mortal. It is a universal truth. Death is that the event that ensures this mortality. Some of us, who believe in faith, outline death as an occasion that leads us to another life, others, who don’t believe such, take it as an absolute end to the life. This variation within the concept of death develops from our childhood. Such a vital concept in human life is rarely approached scientifically. But can the pattern of concept have important impact on mental health?

Research carried out by Dr. Mohammad Samir Hossain began with the search for different ideas of death. The foremost optimistic concept was the one that is described in the religion of Islam and followed by most of the people here. Islam defines death as a mandatory transitional event in between the ‘life before death’ and ‘life after death’. Those who do not observe or believe in faith carried the most pessimistic concept. It describes death as absolutely the cessation of life.

A group of one hundred and fifty Muslim subjects were selected for this research. They were divided in five groups according to their extent of religiosity. The primary cluster consisted of the foremost spiritual kind of Muslim and also the last cluster consisted of the least non secular or nonbeliever type of Muslim (nonbelievers are included during this cluster). The opposite three teams in between consisted of the sort of Muslim that have moderate to mild degree of religiosity. Every group was assessed for their adjustment capacity, particularly with the universal truth – death. They were additionally assessed for his or her mental health condition, especially for their adjustment condition on an average.

Results were analysed using ANOVA and Correlation coefficients. Statistically important differences were found in both the adjustment with the truth of death and adjustment capability overall among the different teams of Muslim. The simplest adjustment in both the sectors mentioned above was found amongst the most spiritual cluster of Muslims. The worst was found in the least religious cluster (that included non-believers too). The intermediate teams showed differences of results more or less in same manner.

As the extent of religiosity was the indicator of the pattern of the concept of death, that is, when a Muslim is additional non secular – death is more a representative of afterlife for him or her and thus for the nonbeliever death is absolutely the cessation to life. The primary group of Muslims who were the foremost religious among the one hundred and fifty subjects, had the simplest adjustment with the reality of death and conjointly had the least number of psychiatric symptoms connected to adjustment disorders. The last cluster of Muslims showed just the other condition, for each death and mental health.

Thus in inference it was concluded that the idea of death can absolutely influence mental health either positively or negatively, however, in regards to the Islamic concept of death it allowed for a person to live in the moment and was a source of success. It was anticipated from the result that the influence on mental health might come through the quality of adjustment with the universal truth – death, which is also a product of the pattern of the concept of death.

The analysis was supervised by and submitted to the Bircham International University of Spain, and after the analysis by the academic board it was graded.