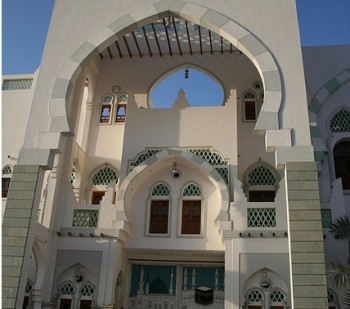 Tareem, Yemen – Residents of Tareem, one of Yemen’s most historic and holy cities, claim there are more descendants of the Prophet Mohammed here than anywhere else in the world.

Tucked away in the country’s Hadramawt Province – a land of dusty valleys and towering cliffs – the city is home to Dar Al Mustafa, a local religious school that attracts students from all over the world. While other religious schools in this remote part of Yemen have recently come under scrutiny for alleged links with extremist groups, residents of Tareem say the teachings here have nothing in common with Osama Bin Laden’s militant interpretation of Islam.

Dar Al Mustafa students say they make the pilgrimage here to study Sufism, a mystical and philosophical strand of the Islamic faith.

Mohammed Al-Junaid directs the research center at Dar Al Mustafa. He says the students experience a pure Islam here – without negativity and conflict between different sects and groups.

As for the students, among the many we met, Michael, from Berkeley, California, told us about his conversion to Islam at the age of 17, and how his journey to Tareem purified his soul and restored his humanity. “You feel a place where people love God,” said Michael, describing Dar Al Mustafa, “and they love his prophets and they love others and show them mercy for their sake.”